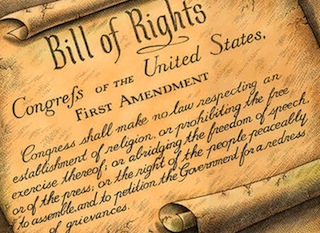 NC Family has joined a coalition of state and national pro-family groups who are urging the U.S. House of Representatives to take action on critical religious liberty legislation that would prevent the federal government from discriminating against those who believe that marriage is the union of one man and one woman. In an October 5 letter addressed to U.S. House leaders, the heads of 45 different pro-family organizations, including NC Family president John L. Rustin, asked the House to vote on H.R. 2802—First Amendment Defense Act this fall.

“We, as individuals and organizations, wish to remain active participants in and contributors to our communities,” the letter states, “[T]he First Amendment Defense Act ensures we can do so while also living in accordance with our beliefs about marriage and the family.”

Rustin added, “It is quite apparent that our state and national leaders must take decisive action to stop so-called ‘anti-discrimination laws’ from discriminating against Christians and others who have a sincerely held religious belief about marriage. FADA is an attempt to address this growing problem.”

The First Amendment Defense Act (FADA), which is sponsored by U.S. Rep. Raul Labrador (R–ID), states, “the Federal Government shall not take any discriminatory action against a person, wholly or partially on the basis that such person believes or acts in accordance with a religious belief or moral conviction that marriage is or should be recognized as the union of one man and one woman, or that sexual relations are properly reserved to such a marriage.”

According to the letter, FADA is “urgently needed, particularly in the wake of Obergefell [the SCOTUS marriage decision], and new federal agency conditions requiring those receiving federal grants to endorse same-sex relationships.” The letter explains that FADA is aimed at protecting charities, nonprofits, and family-owned businesses, and would prevent the federal government from discriminating “in grants, contracts, licensing, accreditation or tax treatment, against individuals and entities who continue to believe that marriage is between a man and a woman, and that sexual relations are reserved for such a marriage.”