POV: The Best Christmas Pageant Ever 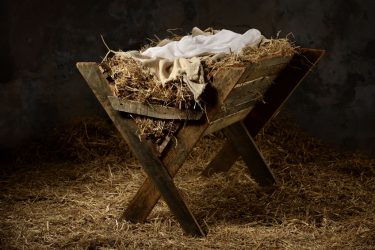 I participated in a leadership development program called the Raleigh Fellows a few years ago. As part of this program, I lived with a host family from a local church. My host family joyfully welcomed me into their lives, and every Tuesday night was family dinner. Even after I finished the program and moved out, I continued to go to their home every Tuesday for dinner and fellowship.

My host-mom has a tradition of reading The Best Christmas Pageant Ever by Barbara Robinson to her daughters every Christmas, and Fellows who have lived with them have joined in on this tradition. The story focuses on a town’s Christmas pageant, and how it is “taken over” by a family of wild, rebellious children. With well-practiced voices, my host-mom reads from the yellowed book pages about the Herdmans, “absolutely the worst kids in the history of the world. They lied and stole and smoked cigars (even the girls) and talked dirty and hit little kids and cussed their teachers and took the name of the Lord in vain…” The Herdmans once set fire to a toolshed, and made a game out of trying to squish each other under a garage door. One day, the Herdmans heard a rumor that kids who went to Sunday School got all the sweets they could eat, so they showed up the next Sunday. They heard about the Christmas pageant, and volunteered for each of the main roles: Mary, Joseph, the Three Wise Men, and the Angel of the Lord.

But the Herdmans had never heard the Christmas story before, and I think this fact is why my host-mom reads this book every year. Most of us can’t even remember a time when we didn’t know the story of Jesus’ birth. Not so for the Herdmans. Upon hearing it, they were shocked that an innkeeper would not give Mary and Joseph a room, since Mary was pregnant with Jesus! What got them the most incensed was hearing that King Herod was out to kill Jesus. “He just got born and already they’re out to kill him!” said one Herdman.

Throughout the book, the other characters’ eyes are opened to the Christmas story thanks to the Herdmans. It is disgraceful that an innkeeper can’t find room for a pregnant woman. “You hear all about the nice warm stable with all the animals breathing, and the sweet-smelling hay,” says one character, “but that doesn’t change the fact that they put Mary in a barn.” It is shockingly evil that King Herod is out to kill a newborn baby. And when the pageant is finally performed, Mary and Joseph are dirty, nervous, unsure, but fiercely protective of their newborn baby. The shepherds quake in fear as the Angel of the Lord—played by the youngest and meanest of all the Herdmans—shouts at them, “Hey, unto you a child is born!” The Wise Men bring Jesus a ham, because the Herdmans think that’s better than perfumed oil. And the whole town ultimately agrees it was the best Christmas pageant ever.

The Christmas story is, of course, about Jesus. But it’s also about “a new baby, and his mother and father who were in a lot of trouble—no money, no place to go, no doctor, nobody they knew.” Mary and Joseph were probably frightened, weary and dirty from travel, and in Mary’s case, in a whole lot of pain. I think we often have a Nativity image that looks clean and neat and pretty. I know I do. It is true that Christmas was a holy and beautiful night, but it was not made so by a cozy little barn right out of Southern Living, or an impeccably serene Mary and Joseph. It was made holy by the birth of the Son of God, who came into our world as a seemingly defenseless infant, in a dirty, smelly barn, to a teenaged girl and her carpenter husband—both of whom were submitted to God’s will.