POV: Local Elections Are On the Way! 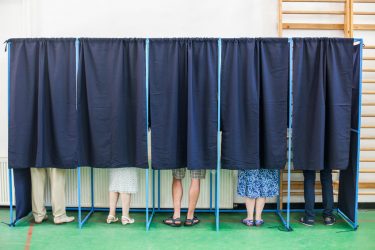 It’s likely you’ve started seeing yard signs pop up in your neighborhood in the last few weeks. The end of summer leads right into the autumn municipal election season, packed with local races—races that will have a huge influence on our everyday lives and can have wider impacts on the state level. Local elections definitely matter, and there are a lot of them in the coming months!

While these federal races have captured the headlines, it is easy to overlook the fact that multiple cities and towns across North Carolina will be holding elections for mayor, city council and other local elected offices on October 8 and November 5. Early voting has already commenced for the October 8 elections.

Overall, residents of 94 North Carolina counties will have the opportunity to vote in local elections—mostly city and town offices. We’re talking about hundreds of local offices across almost every county in our state, and these are races that really matter.

Why do they matter?

In general, mayors and/or city councils in North Carolina are responsible for:

All of these are important functions that very directly affect our lives on a daily basis. But even beyond the obvious, city councils and mayors set the tone and direction for a community. These officials make appointments to countless boards and commissions that directly influence local policies. Those include art commissions that influence decisions about the—tasteful or otherwise—art that is displayed in our public places, or city housing authority boards that make decisions about housing for low-income families. There are human relations commissions, which can promote human dignity and racial equality, but can also become advocates for an activist LGBT agenda. Local library boards have huge sway over the types of books and activities our young people are exposed to at these public facilities.

It doesn’t stop there. Property taxes affect family budgets, and higher rates make housing less affordable for some families. Both the level of those taxes and how that money is spent is important to families. Zoning decisions determine what sorts of businesses are allowed close to our schools and churches. City contracts can subsidize some businesses and potential employers over others. All of this matters to North Carolina families.

So, if you’re one of the millions of North Carolinians who will have the opportunity to vote for a mayor or city council member over the next seven weeks, do so! Give it some thought. Check out campaign websites, or read what the local news media has to say about the candidates. And then make thoughtful decisions. These races may seem small, but the impact on North Carolina families is significant.