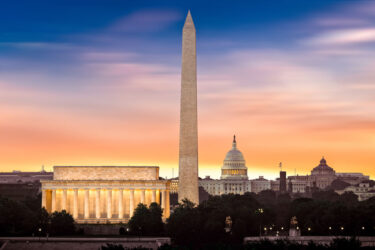 Over the past few weeks, I’ve been thinking a lot about where America finds herself as we enter into 2021. Last week’s inauguration, the transfer of power, changes in public policy, and months of heightened political and racial tensions all have me thinking a lot about how we – as citizens, as parents, as neighbors, and as people of faith – might think about and engage in this moment of history.

And so, I’ve gone again to Lincoln’s second inaugural address. You’ve probably read it before, but if it’s been a while, it’s worth reading again. It’s short – about 700 words – so it will only take you a few minutes. It is also powerful, and it seems so very relevant to where we find ourselves today.

Lincoln’s circumstances were different from ours. He was leading a country that was four years into a devastating civil war and was navigating the end of slavery. Yet it seems to me that America in 1865 was actually much like America in 2021. Like Lincoln, we are living in a country where divisions run deep, where people are angry and hurt, and where many feel alienated. Like Lincoln, we’re dealing with deep racial and political tensions as well as economic uncertainty. Like Lincoln, we can find it difficult to see a clear way forward.

In that place, Lincoln said this of the two sides:

Both read the same Bible and pray to the same God, and each invokes His aid against the other. It may seem strange that any men should dare to ask a just God’s assistance in wringing their bread from the sweat of other men’s faces, but let us judge not, that we be not judged. The prayers of both could not be answered. That of neither has been answered fully. The Almighty has His own purposes.

And he concluded his address with these words:

With malice toward none, with charity for all, with firmness in the right as God gives us to see the right, let us strive on to finish the work we are in, to bind up the nation’s wounds, to care for him who shall have borne the battle and for his widow and his orphan, to do all which may achieve and cherish a just and lasting peace among ourselves and with all nations.

So, a few lessons from Lincoln.