POV: Lean Across The Aisle 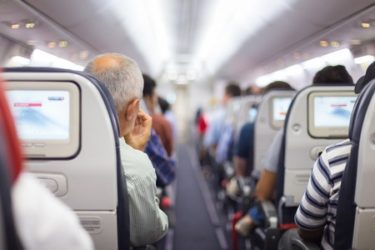 I remember when it happened to me. I was sitting in a conference room at NC State University as a part of a group of community members tasked with helping reduce alcohol use and abuse on campus. It was an interesting mix of people from all walks of life. Over lunch one day, I struck up a conversation with Dr. Michael Durfee, a Raleigh physician whose views on issues such as adolescent sex, teen pregnancy, and abortion were quite the opposite of mine.

At some point, and stretching over a matter of months, we started talking about these issues. He listened quietly and asked questions as I explained why I felt so passionately about the sanctity of life, why abortion never made sense for adolescents, and why we should be teaching young people to wait until marriage for sex. I thought I made a rather compelling and reasoned argument.

Then, he made his case, and it was compelling. But not only that, it was impossible to ignore that he had dedicated much of his professional life to providing and advocating for the most compassionate approach he could envision for the young people he encountered every day. Did I mention that his ideology and methods were in total opposition to mine?

It was a revolutionary moment for me. It changed the way I communicated on issues that are emotional and often urgent and that tempt me to strike out too harshly. This realization reverberated into every topic. No matter what it was, I could visualize a Dr. Durfee on the other side, who cared as deeply as I did, but had much different ways of addressing these problems. As a result, I worked harder to see how people on the other side must view me. I asked questions more and pointed fingers less.

Fast forward to the present. I had the opportunity this past weekend to take a road trip with a group of college students, many of whom were more sympathetic to a liberal point of view. Between meetings and at meals, we had a lot of conversations that were introspective and intelligent and unemotional. I’m not thinking anyone changed his or her mind about religious liberty, abortion, gun control or any of the other topics discussed, but I’m holding out hope that, for some of them, it could be the start toward their own “Dr. Durfee” moment.

Civil dialogue may, at times, seem “countercultural” in today’s society, but it goes a long way toward creating an environment where real solutions to real problems can be found.

Point of View (POV) articles provide personal insights on issues that impact the family. Traci DeVette Griggs is a Director of Communications at NC Family.