POV: An Important Lesson in a Divided Time 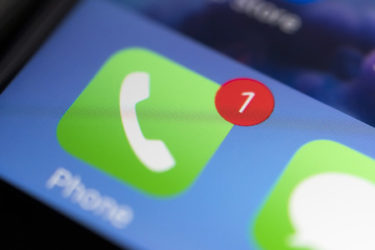 While I was in college, I spent some time volunteering for a ministry at a local high school. During my time helping to lead this ministry, I met a young man named Dan who taught me a lesson I think about often in today’s political climate.

Dan was a pleasant young man, who would consistently come to our weekly meetings and would hang out with my fellow ministry leaders and me. Dan didn’t know the Gospel and ran in a somewhat tough crowd, but was always willing to help with our meetings and would invite people to come. He was also someone you could tell was insecure and desperately wanted to fit in. He was a classic example of a young person who was searching for validation and love in the wrong places. This led him to do immature and outlandish things.

In the midst of a busy year, I lost touch with Dan and didn’t see him for a long time. Then he just showed up out the blue one week. I excitedly struck up a conversation with him and found out that he had been in jail. His desire to fit in had unfortunately led him to do something incredibly immature and unwise, and that had gotten him in trouble with the law. Over the course of the next couple of weeks I spent some time with Dan, and he was open about the struggles he faced and his desire to turn his life around. He was in a perfect spot to hear about the redeeming power of the Gospel, I thought.

I was scheduled to speak at our next meeting, so I spent hours upon hours preparing a talk that I thought would speak directly to him. I practiced the talk, then rewrote it, then practiced it again. I prepared for this talk unlike anything I had worked on before. I worked on it right up until the time I was scheduled to deliver it, and I was confident God would use it to open up Dan’s eyes and really show him the Gospel.

As I walked up to deliver this meticulously planned talk specifically for Dan, I glanced at my phone and my stomach dropped. I saw multiple texts from Dan:

“You still planning on giving me a ride?”

“I guess you aren’t giving me a ride. A heads up would have been nice.”

I had forgotten to pick up Dan.

In the weeks that followed, Dan stopped returning my calls and texts. I had done the worst possible thing I could do for someone who desperately craved loved and acceptance– I had forgotten about him.

This event taught me an important lesson: Don’t let the urgency of short-term goals make you lose sight of deliberate long-term callings. I was so convinced my 15 minute talk would change Dan’s life that I had lost sight of the importance of my long-term relational ministry calling. In reality, I did more harm in the 15 minutes I forgot to give him a ride, than any good I could have done in that 15-minute talk.

I think about this often in the context of Christians trying to operate in today’s political climate.

We live in a hyperpolarized time, with a political environment that is highly toxic and extremely divisive.  It seems as though every election is presented as a fight to the death for the future of our country and state, where losing would have nearly apocalyptic consequences. In that environment, it is easy—if not almost pragmatically necessary—to view our political opponents as enemies and to adopt a tribal “us versus them” mentality. Allowing ourselves to fall into this trap, however, can lead us to justify almost any political action and rationalize almost any political alliance.

Adopting such a view as Christians is tantamount to letting the urgency of short-term goals distract us from our deliberate long-term callings.

Those who hold opposing political views are not our enemies, but instead represent our mission field. We shouldn’t engage in politics and public policy because there is a human enemy that we must defeat in next year’s election. We should engage in politics and public policy to bring eternal light and truth into a dark world. If we embrace the practices of that dark world in the name of success or “winning,” we will ultimately lose our moral credibility in the process.

So as we engage in politics and public policy, let us not view those who disagree with us as an unredeemable enemy that must be crushed, but instead, as fellow sinners equally in need of grace. And let us not think in terms of the next two or four years, but think in relation to the Eternal.