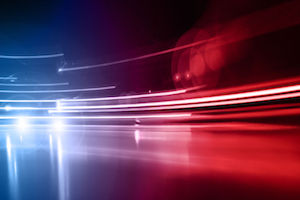 In 2016, nearly 2000 people in North Carolina died of drug overdoses. That was an almost 25 percent increase over 2015, which was itself an almost 15 percent increase over 2014! As if this is not already devastating news, the tragedy is compounded when we find that some of these deaths could have been prevented–except friends or family members were afraid to call 911. There is the fear that if they call for help, they might risk arrest and prosecution for their friend, or even potentially for themselves.

Many people may not be aware that North Carolina has had a law on the books since 2013 called the 911 Good Samaritan Law. According to the statute, if someone calls 911 in a good faith effort to get help in a situation where another person is in danger, the state will grant immunity from prosecution for relatively minor drug or underage drinking offenses. Essentially, don’t worry about the legal mess, just get help.

This seems eminently sensible. After all, it’s generally the same thing most parents I know tell their teenagers. Indeed, I’ve had this conversation with kids myself: If you find yourself in a situation where you’re not safe or not comfortable – the party’s getting out of hand, or it’s not safe for you to drive, or something else – call us. We’ll get you home safely. We won’t throw the book at you. And unfortunately, there are times that children find themselves with a parent or relative who has overdosed at home. They should know that they can call 911 and not fear that they’ll get in legal trouble.

North Carolina isn’t alone in passing this legislation. At least 40 states and Washington, D.C. have enacted similar laws. And as people who care about life and families, we ought to be supportive of these kinds of laws, because they reveal a right ordering of values. At the same time, we should also defend policies that are intended to avoid these risky situations in the first place.

Of course, we want to take law breaking seriously, and we want to deal with the broader issues around drug and alcohol abuse. As parents, as friends, and as fellow human beings, we instinctively know that preserving life is and should be our top priority. It is right that our laws should give that same priority to protecting people.

But many people don’t know that this law exists, and it therefore doesn’t enter our conversations with our kids. It needs to. My children already know that poor choices have consequences. We have that conversation all the time. But when it comes to situations where their or their friends’ lives are on the line, I want to simplify the equation – just get home safely, and we’ll deal with everything else later. I’m glad the state of North Carolina has done that as well.