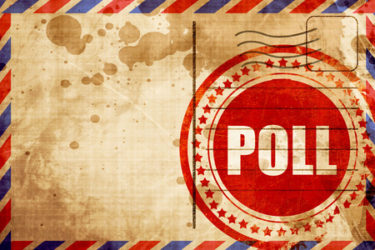 A new poll by High Point University and the Greensboro News & Record shows overwhelming support across North Carolina for a key governmental principle followed in the adoption of House Bill 2 last year. The poll results found that 80 percent of North Carolinians believe the state—not local governments—should set policies relating to anti-discrimination standards. The poll, which was conducted between January 28 and February 3 of this year, also showed that only 9 percent believe cities should have this authority.

The principle behind the poll question is referred to as “Dillon’s Rule,” which is a longstanding doctrine that city and county governments derive their full legal authority from the North Carolina Constitution and acts passed by the State Legislature. This doctrine, in part, ensures that the state General Assembly retains the authority to establish uniform statewide policies in many areas of the law and prevents a patchwork of conflicting and disparate ordinances in cities and counties across the state.

On February 22, 2016, the Charlotte City Council exceeded its legal authority and violated the Dillon’s Rule principle by adopting a set of highly controversial ordinance changes that would have greatly expanded the scope of the city’s employment and public accommodation regulations. The General Assembly responded by passing House Bill 2 in order to rein in the actions of the City of Charlotte and to clarify statewide standards relating to bathroom access, public accommodations and certain areas of employment law.

In a blog post written by NC Family shortly after the passage of House Bill 2, NC Family President John L. Rustin noted, “the Charlotte City Council approved a set of ordinance changes that would have expanded several sections of the Charlotte City Code to include ‘sexual orientation’ and ‘gender identity’ as legally protected classifications. The N.C. General Assembly has never authorized these classifications for use by the state or by local governments, and these terms do not currently exist in the State Constitution or state nondiscrimination laws.”

In a statement today, Rustin said, “This poll shows that the citizens of North Carolina overwhelmingly support the state’s role in establishing these important policies and that they value the principle that our state lawmakers followed when responding to the egregious overreach of the Charlotte City Council. Our state lawmakers should be bolstered by these findings and continue to stand behind the actions they took when enacting House Bill 2.”