North Carolina—Help and Prayers Are On The Way! 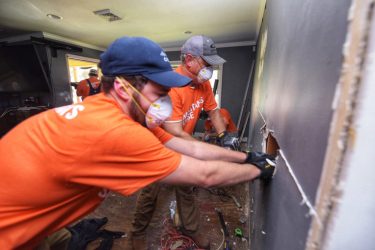 What a tough week! Those who were fortunate enough to escape the destruction of Hurricane Florence have mourned all week over the images pouring in from much of Eastern North Carolina and other areas around the state. For those who suffered the storm’s wrath, please know that the NC Family “family,” our staff, and Board of Directors are aching for you and praying for you. For most of us across the state, it is impossible to understand what it’s like to see family memories, treasured possessions, sources of comfort, and cherished neighborhoods lying in ruins. Some of our fellow North Carolinians even lost beloved family members and friends in the storm. We do understand that it will take years for many to recover from the devastation. We are keeping you in our frequent prayers and we vow to continue to do so.

But more than that, we want to help. Assistance is pouring in from surrounding states and from around the nation. Organizations and even neighborhood groups are joining together to help where they can. Denominational groups are working with well-known relief organizations to coordinate efforts. Among those Christian groups with boots on the ground here in North Carolina:

The Salvation Army is a common player that often gets very little recognition when disaster strikes. They are busy at work behind the scenes (alongside the better-known American Red Cross), helping to coordinate resources and provide food and emotional and spiritual care to thousands of people affected by Hurricane Florence. 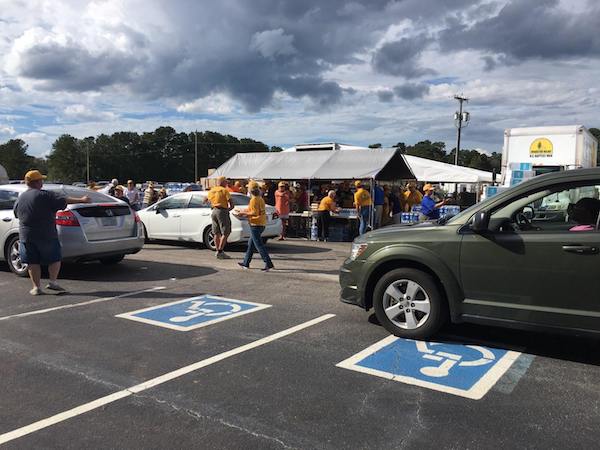 cooking and distributing tens of thousands of meals a day. More and more feeding stations are popping up across the hardest hit parts of the state, hosted by Baptist Disaster Relief units from Kentucky, Tennessee, Florida and Mississippi and manned by trained volunteers from North Carolina, Missouri and Alabama, among others. They also mobilize volunteers who work on mud-out and chain saw teams. (Photo is from feeding operations in Lumberton.)

North Carolina Methodists are working to assemble health kits and cleaning kits for those in the Hurricane Florence disaster areas. NC Methodists often concentrate on long-term recovery and rebuild after the initial crisis has passed and are still in the midst of assisting those affected by Hurricane Maria in Puerto Rico in 2017 and Hurricane Matthew in Eastern North Carolina in September of 2016.

Of course, we know there are many spontaneous acts of kindness happening all over the state. 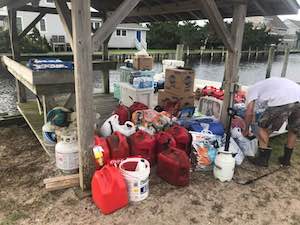 On the Outer Banks island of Ocracoke, which was not seriously affected by the storm, residents rallied
together to send much-needed supplies by boat to folks across the Pamlico Sound on Cedar Island, which was cut off from the mainland by flood waters. The call went out on Facebook and before long, they had several skiffs full of gasoline, Clorox, drinking water and other items to provide quick help to the flooded out community.

Whether you donate funds and supplies or go and volunteer, let’s all put our faith into action and come to the aid of those in need across our state.