NCGA Back in Session This Week 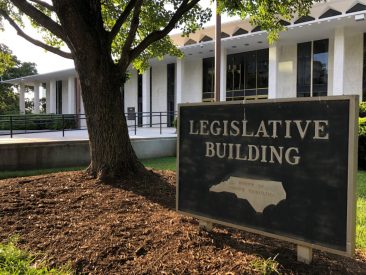 North Carolina legislators will be reconvening in Raleigh this Wednesday, September 2, for what is intended to be a brief session to address a variety of COVID-19 related funding issues. The North Carolina General Assembly has been adjourned since July 11 to, initially, await Governor Roy Cooper’s action on a variety of bills that passed both chambers; more recently, lawmakers have been looking at spending adjustments for the 2020-2021 fiscal year.

In a press release dated August 21, Senate Republicans announced that the funding proposals to be set before the full legislature would “focus on education, unemployment, child care, and broadband.” The release criticized Governor Cooper’s failure to submit a formal budget proposal for the current fiscal year (which began July 1). Governor Cooper did, however, submit a budget proposal on August 26, but Republican lawmakers had already moved forward with crafting various funding proposals in preparation for this week’s session.

The governor’s $25 billion budget has been called a “spend now, pray later” proposal by Republican lawmakers, as it would increase spending nearly $1 billion from last year during a time of great economic uncertainty. A Carolina Journal summary outlines in detail the areas in which spending would be increased.

Of particular interest to NC Family is the fate of the state’s Opportunity Scholarship Program (OSP), which provides educational scholarships to eligible lower-income children to attend a school of their parent’s choosing. As NC Family recently reported, several school choice opponents have sued to abolish this valuable program, and Gov. Cooper has proposed doing away with the program altogether. In fact, his proposed budget would take $85 million from the OSP.

Senate Republicans, on the other hand, are expected to consider funding proposals this week that would increase the threshold for eligibility for the school choice program. Due to many public schools being closed in much of our state, “the Opportunity Scholarship is the only pathway to in-person learning for some families,” said the senators in their press release.

NC Family will continue to update you as the legislature reconvenes.