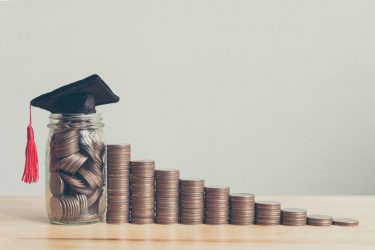 Seven North Carolina parents, in conjunction with the North Carolina Association of Educators (NCAE) and the National Education Association (NEA), are suing in an attempt to abolish the state’s Opportunity Scholarship Program. On Monday, the parents filed a lawsuit in Wake County Superior Court challenging the constitutionality of the voucher program that is used by thousands of lower-income parents across the state to send their children to the school of their choice.

Established by the NC General Assembly in 2014, the Opportunity Scholarship Program provides “tuition assistance up to $4,200 per year for awarded students who enroll in a participating nonpublic school.” The scholarships are awarded based on financial need, and in the 2019-2020 school year, 12,284 students received an Opportunity Scholarship.

But this program has long been the target of criticism by school choice opponents. As NC Family reported in 2015, two lawsuits were filed to block the program before it went into effect. (The NCAE was involved in this suit as well). A Superior Court Judge ruled the program unconstitutional, but thankfully, in July 2015, the NC Supreme Court overturned that ruling 4-3, and the program was allowed to proceed.

Now, the makeup of the NC Supreme Court is very different than it was in 2015, and opponents of school choice are trying once again. Current state Supreme Court Justices Beasley, Hudson, and Ervin were the three dissenters in the 2015 ruling. The only justice still remaining who ruled in favor of the Opportunity Scholarship Program in 2015 is Justice Paul Newby, who is currently the sole conservative justice on the court.

“Voucher opponents hope that our left-leaning state Supreme Court will do what the court wouldn’t in 2015—use an elastic interpretation of the state constitution to eliminate the state’s private school scholarship program for low-income children,” said Terry Stoops, vice president of research and director of education studies at the John Locke Foundation.

In a news release from the NCAE supporting the lawsuit, president Tamika Walker Kelly argued, “Using public money to pay for private schools is part of a broad assault on public schools and on our state constitution.” The news release and the lawsuit particularly take aim at religious schools, accusing them of “[focusing] exclusively on inculcating religious beliefs,” and “[discriminating] on the basis of sexual orientation” and “against LGBTQ students and educators.”

The Opportunity Scholarship Program provides thousands of families in our state with educational options that would otherwise be unavailable to their children. If this lawsuit is successful, these families would lose their scholarships, and many parents would have to send their children back to public schools that may not best suit each child’s personal learning needs.