NC House Approves Its Version of the State Budget 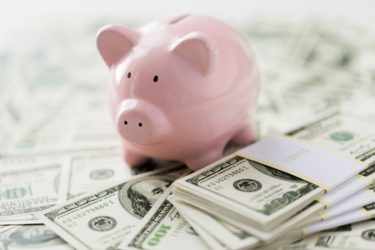 The NC House of Representatives approved its version of a $22.9 billion state budget early Friday morning. SB257—Appropriations Act of 2017 passed third reading by a vote of 80-31 following hours of debate and consideration of dozens of amendments. The NC Senate approved its version of the budget last month, and is expected to reject the House proposal and send the bill to a conference committee that will reconcile the differences between the two budgets.

Carolina Pregnancy Care Fellowship Funding: The proposed House budget would increase state funding for the Carolina Pregnancy Care Fellowship (CPCF) from $300,000 to $1.3 million in both the 2017-18 and 2018-19 fiscal years. These funds would be used primarily to provide grants to pregnancy care clinics to purchase durable medical equipment. During debate on the House floor, Rep. Deb Butler (D-New Hanover) offered an amendment to strip the increased funding from these life-affirming ministries, but her effort was defeated when her amendment was tabled by a 73-43 vote. The Senate budget proposed increasing state funding for CPCF from $300,000 to $400,000.

Lottery Advertising: As reported earlier, the proposed Senate budget included a provision that would allow the North Carolina Lottery to double the amount it spends on advertising. The House budget plan does not include this provision. Although this is a positive sign moving forward, this will be a point of debate in the upcoming budget negotiations.

School Choice Provisions: The House budget, just like the proposed Senate budget, would increase funding for the state’s Opportunity Scholarship Grant Program by at least 10 million dollars in each of the next 10 fiscal years.(The Opportunity Scholarship Program allows families with qualifying incomes to apply for educational scholarship grants of up to $4,200 per child, per year to help cover the costs of sending their children to a participating non-public school.)  The House budget, however, would not establish a Personal Education Savings Account (ESA) Program for children with disabilities as was proposed in the Senate budget. (The existing Children with Disabilities Scholarship program allows for eligible families to be reimbursed up to $4,000 per semester for education expenses, which is a total of $8,000 per year.)

The conference committee will begin to work out the differences in the proposed budgets starting next week.