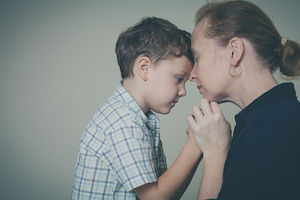 Over one hundred children were identified and rescued from human traffickers across the country during a month-long FBI-led operation in July. This initiative, termed Operation Independence Day, involved 56 FBI Child Exploitation and Human Trafficking Task Forces nationwide, as well as local law enforcement agencies and the National Center for Missing and Exploited Children (NCMEC). Recoveries occurred in thirty-three FBI field offices, with the Las Vegas and Dallas officers recovering the most victims, at 14 and 13 respectively. Closer to home, the Charlotte field office identified and recovered 3 trafficked children.

Operation Independence Day was part of the Innocence Lost National Initiative to combat sex trafficking of children in the United States. The Initiative was established in 2003 by the FBI and NCMEC, along with the Department of Justice Child Exploitation and Obscenity Section. Between 2008 and 2017, weeklong operations similar to Operation Independence Day “recovered more than 900 child victims and arrested nearly 1,400 traffickers,” according to the FBI’s website. Last month’s Operation Independence Day led to the identification and recovery of 103 child victims, and 67 traffickers being arrested. A large amount of the success of these operations is attributed to the use of victim specialists, who not only “provide victims with resources to help them in their situations” but also often act as “intermediaries between victim-witnesses and investigators.”

One victim rescued from human trafficking in the past month is four-year-old Aubriana Recinos from Fayetteville, North Carolina. Aubriana was rescued last Friday after having been abducted and trafficked by her mother in early July. Aubriana was recovered in Lewisville, Texas after police raided a home that the FBI was investigating as “the center of a large-scale human trafficking ring.” Aubriana’s mother had illegally left North Carolina with her daughter and had given the girl to a pimp for whom the mother worked. Her mother was arrested in Louisiana a few days before Aubriana was found in Texas.

While it is unclear whether Aubriana’s rescue directly connects to Operation Independence Day, her safe recovery thousands of miles from home is being credited, in large part, to the work of FBI task forces that are constantly working to locate and shut down human trafficking rings.  “Perpetrators victimize children in communities throughout the country, and we are determined to find and rescue them,” said U.S. Attorney General William Barr. “Our agents, intelligence analysts, professional staff, and victim specialists work tirelessly before, during, and after these operations to make sure that victims get the help they need to reclaim their lives.”

To learn the signs that might identify someone who is being trafficked in your own community, listen to our radio show and podcast, “Learn How To Spot Human Trafficking in NC.”