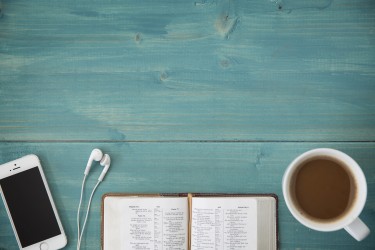 “I had no idea my friends believed this,” Grace said with a bewildered look, as other students sitting around a Summit Ministries table nodded in agreement. Grace and her friends seemed staggered by the number of their peers—many from church or youth group—who supported the Supreme Court’s recent decision to redefine marriage. Grace’s predicament is telling of what’s happening as Millennials try to establish their faith in the midst of the seismic shifts taking place in our culture. To reach Millennials, all members of the Body of Christ must understand how these shifts shape the perspectives of the younger generations.

Millennials are the emerging adults of our times. Ranging in age from 18-34, this generation consists of those who are starting college, completing college (with record debt), getting married, starting families, and trying to land jobs that might turn into careers. And, there are a lot of them. Millennials are expected to pass the Baby Boomers in 2015 to become the largest age group in the United States.

Those in their late teens and early 20s are in the crucial years of faith and value formation. Complicating things for Millennials are the turbulent and significant cultural changes taking place, such as economic instability and overspending, mass education, revolutionary communication technologies, and the continuing waves of the sexual revolution. Over the past 15 years, the American public has grown more accepting of cohabitation, divorce, homosexual relations, and polygamy.

In addition, only 56 percent of Millennials self-identify as “Christians,” which is significantly lower than the 70.6 percent of the US adult population who do so. In fact, the Millennials’ growing “disaffiliation” from organized religion is among their most identifiable traits. The Pew Research Center reports, “More than a third of adults in the Millennial generation (35 percent) now say they have no religion.” Pew’s studies confirm a large number of Millennials are leaving the faith in which they were raised, including 39 percent of Millennials who have left evangelicalism.

Why Are Millennials Leaving?

What isn’t clear from the numbers cited above is exactly what it is that Millennials are leaving. There’s ample evidence that many aren’t leaving Christianity, but a watered-down version of it. Sociologist Christian Smith, Ph.D., who conducted an in-depth study of Millennials’ religious beliefs, concluded that Millennial teens were, in fact, “moralistic therapeutic deists.” Far from an orthodox understanding of God and Christianity, these teens believe in God on their terms (as a Supreme Being that desires the best for them, does not demand anything of them, and pretty much leaves them alone).

Dr. Smith further concluded that as they age into their 20s, moralistic therapeutic deists become pluralists, believing that people can pick or choose for themselves what they want from any religion or spiritual approach to life.  This deep-seated relativism significantly affects the worldview and thinking of a great number of Millennials. Many doubt whether anyone can know what’s true when it comes to religion and morality. Many are quick to adopt the cultural mindset that religion is a personal belief.

Case in point: 73 percent of Millennials believe that marriage should include same-sex couples.  Given that 56 percent of Millennials claim to be Christians, they obviously miss the inconsistency between same-sex “marriage” and what the Bible teaches about human sexuality. With so many Millennials supportive of the homosexual lifestyle and same-sex “marriage,” it shouldn’t be surprising that many also view the church as anti-homosexual, judgmental, hypocritical, old-fashioned, too political, out of touch with reality, and insensitive to others.  The peer-pressure to conform to culture, along with their own insecure theological foundations, means that many Millennials leave the Christian faith for relational and/or ideological reasons.

Complicating this is the lack of meaningful conversation among Millennials on issues of theological and cultural importance. Recently, I (Eric Smith) asked a table of older teenagers how they knew their friends supported the SCOTUS decision. All replied matter-of-factly, “Facebook.” When I asked if they had talked in-person with their youth group friends about this and other issues, they replied, “No.”

To make matters worse, many Millennials, generally speaking, do not talk to the adults in their lives either. According to youth ministry expert and author Chap Clark, young people feel hurt and abandoned by older generations, who seem so busy that they communicate a clear message: you’re not as important to me as these other things to which I give my time.

It’s tempting to think that the answer to re-engaging Millennials is more, or better, marketing, or clearer and better answers. But neither of these is correct. While it is true that Millennials are avid consumers, surveys show that they are weary of churches that work harder on branding and marketing than on relationships.

We will be far more effective with Millennials if we focus our energies on personal interactions.

Here are a few things we can do to reach Millennials:

Build Relationships. Research shows that the number one thing parents and mentors can do to pass on their faith and values is to create a close, warm, and affirming relationship with their own kids and those they mentor. It shouldn’t surprise us that Millennials are reached the same way anyone is—through building relationships and showing we care by dedicating time.

Listen Intentionally. Compassion for someone is clearly demonstrated by listening to them. Ask good questions. Look them in the eyes as they process life. Take their questions and their reflections seriously. It is tempting to respond quickly with advice, but less is often more. For example, recently, Mike, a 30-something friend shared his concerns about how he and his wife should handle making friends with same-sex couples. I (Eric) listened and took his concerns seriously. I was able to speak into his situation because of our history of spending dedicated time together, proximity (we attend the same church), and by listening with care. As a result, Mike seemed relieved, and was able to move ahead with these friends in a caring way that wouldn’t compromise his Christian beliefs.

Explain Why. Millennials are looking for someone to take their questions seriously, and to help them think their questions through to answers. This requires us as mentors and family members to know why we believe what we do, and to be willing to explain our reasons clearly and logically. As one Millennial recently told me, “The church does a good job teaching me how to live for Jesus, but they haven’t told me why I should.”

This ‘why’ question is one that many Millennials are asking. Ideas have consequences, and Professor Craig Gay explains the consequence of living in a largely secular culture well: The problem isn’t that people don’t believe in God; it’s that people live as if God is irrelevant. This sends a confusing message to younger generations, and thus the question asked by our Millennial friend: “Why should I live for God?”

We need to study the ideas around us, many of which form a kind of foundation for our everyday lives, which we can absorb without challenge or critique. Through our study, reflection, and discussion of Biblical truth, God helps us see where our living is disconnected from what we believe. Study of Scripture, of theology, apologetics, and comparative worldviews are extremely important to helping us explain what we believe and how it applies to every area of life, from marriage to abortion. This is not easy work in an entertainment culture like ours, but after 15 years of observing young people at Summit Ministries, we know that they are craving discussions about why to believe what they believe, and why a Christian worldview matters at all.

It’s tempting to think, “That’s right. Someone should do those things.” But instead, we should ask, “What can I do?” Whether you can promote a “grow together” mindset in your congregation, listen to someone who is questioning, teach a class or lead discussions on contemporary issues, the important thing is to get involved.

Christians are members of the Body of Christ (I Corinthians 12:12-14), and we are all are called to contribute. GenXers, Boomers, or members of the so-called “Silent Generation” can personally connect with a Millennial, build a relationship, and encourage them to talk and think through their questions. To reach Millennials, we must first love them, seek to understand them, pray for them, and then be willing to get involved. We can listen. We can guide. We can point them to the Truth.

Eric Smith is vice president of Programs at Summit Ministries in Manitou Springs, CO. John Stonestreet is president of The Colson Center and co-host of the BreakPoint radio program.