NC Family President John L. Rustin speaks speaks with Dr. Michelle Cretella, President of the American College of Pediatricians about her opinion of efforts across the country to legalize marijuana. 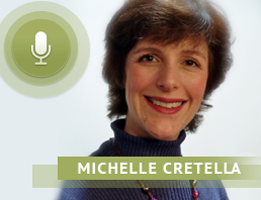 JOHN RUSTIN: Thanks for joining us this week for Family Policy Matters. Our guest today is Dr. Michelle Cretella, President of the American College of Pediatricians, which is a national organization of pro-life pediatricians and other healthcare professionals who are dedicated to the health and wellbeing of children based on scientific truth within a framework of ethical absolutes. She is a board certified general pediatrician with a focus on adolescent health. Today, we’ll be talking with Dr. Cretella about the dangers of marijuana and the risks, particularly to children, associated with the legalization of marijuana for medical and recreational use. Dr. Cretella, welcome back to Family Policy Matters, it’s great to have you on the show again.

MICHELLE CRETELLA: Thank you, I’m very happy to be back.

MICHELLE CRETELLA: Basically, it is much much stronger. The strains of marijuana that are being cultivated today are at least three to five times stronger than what was around, certainly in the 1960s, and even only 20 years ago. Basically that means you’re dealing with Marijuana that is more addicting and also more toxic than what a lot of parents and grandparents may remember if they had any personal experience way, way back. So it’s definitely more dangerous.

JOHN RUSTIN: What are some of the risks or side effects associated with marijuana use, particularly among children and adolescents? And, are these risks and side effects long-lasting, or are they merely confined to kind of around the time that marijuana is used?

MICHELLE CRETELLA: Actually you could say two, there are short-term side effects, and then absolutely some very concerning long-term side effects. In the short-term, immediately you become disoriented, decreased reflexes, your judgment is definitely impaired. And so with those short-term, immediate effects, similar to what you’d get from someone’s whose drunk, so similar. Well now, particularly among teenagers, increased risks of having driving accidents, increased risks of let’s say violence, and or we’re always concerned about sexual misconduct. These things are serious, so even though you could say the decreased judgment and the high, or the being sort of out of it only lasts for a brief time, it doesn’t take that much time for a teen to get into trouble. More concerning are the long-term side effects, and the greatest one is that as teenagers use this medication, if they go on to use it for several months, several years, their IQ starts to drop and you can’t regain that. That is the biggest concern we have has pediatricians. The other long-term side effect I will also mention is that there’s more and more data coming out showing that marijuana causes and worsens mental illness from everything from anxiety, depression, even psychosis. That’s, you don’t get that from alcohol, you don’t get that from tobacco.

JOHN RUSTIN: Proponents of marijuana legalization have developed a very deliberate strategy that usually begins with efforts to make marijuana available for medicinal purposes. Dr. Cretella, are there legitimate medical uses for marijuana, and if so, are those uses grounds enough to legalize the drug?

JOHN RUSTIN: Dr. Cretella, in your opinion, what is the greatest risk posed by the legalization of marijuana?

MICHELLE CRETELLA: The greatest risk really is the increase usage among teenagers. They get the message that, even just from legalizing medical marijuana, they get the message, oh, medicine, it’s good for you, it’s not gonna hurt me, and even just from legalization of medical marijuana, increased availability, the teens do get into it, they don’t even have to go and ask grandma and grandpa, it’s just lying around the house, right? So they are more easily addicted, and as I said, in the long term they’re gonna loose IQ points, because that’s the most significant. The impact on the teenage brain is the most significant concern.

JOHN RUSTIN: Looking at our society and considering the success of anti-smoking campaigns and anti-tobacco public awareness campaigns that have resulted really in a fairly widespread regulation of smoking and reduction in rates of smoking, why do you think there remains such a push to legalize marijuana, and how does marijuana actually compare to tobacco?

MICHELLE CRETELLA: The push for legalizing marijuana in my opinion is coming from people in big business, they know there’s going to be a market for it, they want to make the bucks, and sadly also I think, adults who want to get a legal high. I mean in my opinion those two factors are playing a big role in this. As far as, and you’re right, this is incredibly ironic and really divorced from science when you look at what we have done to combat the whole tobacco industry because marijuana again marijuana leaves have all the same toxic ingredients as tobacco and has more cancer-causing components than tobacco. So, there’s no such thing as safe smoking, if you smoke marijuana you have the risk of getting the same, all the long disease, heart attacks, stroke, as well as cancers, not just cancer of the lung but cancers of other organ systems. So right, we’re looking to legalize something, and in many states recreationally, that is far worse than smoking tobacco. It makes, it goes contrary to reason, it’s just crazy.

JOHN RUSTIN: It is, and it is becoming more and more of an issue that parents and healthcare professionals and youth, young individuals, are being confronted with. How can parents and healthcare professionals effectively discuss the harms of marijuana use with their children, particularly in a climate, as we see these days, where many states have weakened their stance on what has historically been and still remains, a controlled substance?

MICHELLE CRETELLA: There are certainly some resources on our website in terms of where you can find the facts about marijuana. In addition, you know, the most protective thing parents can do is maintain that open communication with your kids. You know, we at the college we strongly preach and practice the family table, and having some regular time when everyone in the family unplugs from technology and plugs into each other. Ask questions, so in other words, you don’t want to go up to your kids and say, “Hey sit down Johnny, we’re gonna have a lecture on marijuana and hardcore drugs.” But simply asking simple questions about their school day, their friends, hey what’s going on, knowing their friends and families, and then it may come up, they may be the ones, you never know they may bring it up on their own or you can just put simply ask, “Hey what do your friends think about marijuana, are you hearing any thing about pot?” Or, “Do you know, do you guys think it’s any different from smoking cigarettes?” So, asking questions can get the conversation going and open the door for you to then educate them with the true facts. I think that’s going to be the best way to do it. So the family table, having dinner, meals together, and really just maintaining that open communication.

JOHN RUSTIN: I think so often it comes down to that, whether you’re talking about illicit drugs, alcohol, sexual activity, those types of things, having open discussions, the dinner table, time together and other times when you’re engaging in conversation and being aware of where your children are, who their hanging out with, what they’re doing, their families as you say, and those types of things. It’s very practical but extremely important. And, Dr. Cretella, I know you’ve dealt with this issue and tracked it in may many states, how would you counsel state legislators and other elected officials who are confronted with efforts to legalize marijuana use, especially in states like North Carolina, which has opposed such efforts thus far but we continually see bills being introduced to initially legalize medical marijuana, but we know that the end-game is to do as Colorado has done and a few other states, and legalize it for recreational use as well?

MICHELLE CRETELLA: I would just encourage state legislators to take the long view. Meaning, in the short term, particularly when we’re focused on recreational use, in the short term, yes you’re gonna see the money flowing in, but in the long term taxes are going to go up, social programs are going to be in demand, to fix all the problems you’re going to be getting from legalized marijuana. And all you have to do is look at the numbers we have from the tobacco industry, and how the costs to states for the healthcare to pick up the pieces from the health effects of tobacco. The health effects of marijuana are far worse, and as I said before it’s going to impact your educational system, your public transportation and public safety, and law enforcement.

JOHN RUSTIN: We’ve certainly seen that in Colorado with the legalization of marijuana for not only medical but for recreational use as well. Dr. Cretella, we’re nearly out of time this week but I want to give you an opportunity to let our listeners know where they can go to get more information about the American College of Pediatricians and also the important work that you do to protect the health and wellbeing of children and families across our nation.

MICHELLE CRETELLA: Thank you very much. Yes, listeners can go on the web to acpeds.org.

JOHN RUSTIN: Dr. Michelle Cretella I want to thank you much for being with us on Family Policy Matters and for your great work not only on this issue but on so many other issues that are critically important to the wellbeing of our children and our families.

MICHELLE CRETELLA: Thank you so much for having us on. It’s always a pleasure and hey, we’re in the business of helping families.

JOHN RUSTIN: Well, we appreciate all that you do and just wish God’s blessings on and thanks so much for your time.