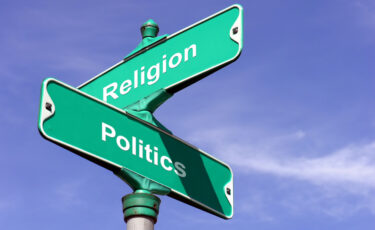 The Town of Hillsborough has become the first municipality in North Carolina to create legal protections in employment and public accommodations based on “sexual orientation” and “gender identity or expression” following the expiration of a state law that prohibited such action. The towns of Carrboro and Chapel Hill, also in Orange County, are expected to take similar action later this week.

As NC Family reported last month, a provision in House Bill 142, the successor to North Carolina’s HB 2, which prohibited local governments from enacting these types of “SOGI” (“Sexual Orientation,” “Gender Identity”) ordinances, expired at the beginning of December. A primary concern is that SOGI laws and ordinances have been used in cities and states across the nation to attack and victimize people of faith who seek to live their lives and operate their businesses in accordance with their sincerely held religious beliefs. Those in the wedding and creative arts industries have been specifically targeted by the LGBT+ cancel culture. Colorado cake artist Jack Phillips and Washington State florist Barronelle Stutzman, whose legal cases have gone all the way to the U.S. Supreme Court, are prime examples.

The Hillsborough ordinance, passed by the Board of Commissioners on Monday night (pages 70-72 of the linked agenda), would prohibit any employer or “any person acting in the interest of any employer” to “refuse to hire or otherwise discriminate against him/her with respect to hire, tenure, conditions, or privileges of employment, or any matter directly or indirectly related to employment,” based on an individual’s “sexual orientation or gender identity or expression” among other categories.

The ordinance also prohibits “any proprietor or his/her employer, keeper, or manager in a place of public accommodation to deny any person…the full enjoyment of the accommodations, advantages, facilities or privileges thereof.” According to the ordinance, a “place of public accommodation” includes, but is not limited to, “any place, facility, store, other establishment, hotel, or motel that supplies goods or services on the premises to the public or which solicits or accepts the patronage or trade of any person.” This definition is so broad as to include practically any business or service operating in the town, including daycare centers, schools, homeless shelters, faith-based ministries, and possibly even churches.

A violation of the ordinance would subject an individual, firm, or corporation to a Class 3 misdemeanor charge and a daily fine of $500. It specifies that “each and every day during which such discrimination continues shall be deemed a separate offense.” In addition, the ordinance authorizes the town to seek a separate enforcement action against the violator “for an appropriate equitable remedy, including for a mandatory or prohibitory injunction commanding the defendant to correct the discrimination prohibited under this ordinance.”

In November, NC Family joined several other pro-family organizations in sending a letter to city and county officials across the state to inform them of the harms of SOGI ordinances and to urge them to reject arming the government with this type of discriminatory power, especially against people of faith.

The towns of Carrboro and Chapel Hill are expected to consider similar ordinances tonight and tomorrow night, respectively. If you live in Orange County and want to express your concerns to local officials about these ordinances, here is their contact information:

Hillsborough Board of Commissioners (you may email board members via website):