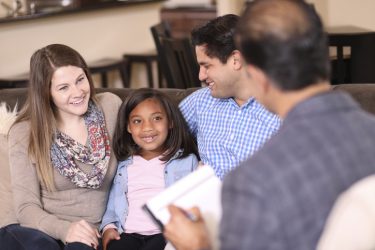 Faith-based organizations that provide foster-care and adoption services can continue to operate according to their deeply held beliefs without fear of losing federal funding, thanks to a new rule put forth by the U.S. Department of Health and Human Services (HHS) last Friday. This measure proposed by the Trump Administration rolls back rules instituted by the Obama Administration, which prohibited faith-based adoption and foster-care agencies from receiving federal funding if those agencies only placed children in homes with a married father and mother.

The new proposed rule, which went into effect as a temporary rule on Friday, November 1, provides that “the federal government not infringe on religious freedom in its operation of HHS grant programs.” In its press release about this rule, HHS announced “The proposed rule would better align [HHS’s] grants regulations with federal statutes, eliminating regulatory burden, including burden on the free exercise of religion.”

This rule does not prevent other agencies from placing children with same-sex couples. According to Mark Rienzie, President of the Becket Fund for Religious Liberty, “Sometimes the presentation of this issue can suggest that the religious agencies are stopping people [such as same-sex couples] from being adoptive and foster parents. It’s just not true. […] [T]here’s a diversity of agencies.”

The result of this rule is that all agencies, regardless of their religious beliefs, will be allowed to place children in the homes that they choose. “No adoption agency or foster care service should be penalized simply because they believe children deserve both a mom and a dad,” said Ryan T. Anderson of The Heritage Foundation. And these agencies will all continue to receive federal funding, as long as they “comply with applicable nondiscrimination provisions passed by Congress and signed into law.” Sexual orientation and gender identity are not currently protected classes under nondiscrimination laws enacted by Congress.

NC Family will monitor the progress of this rulemaking procedure and provide updates as developments occur.