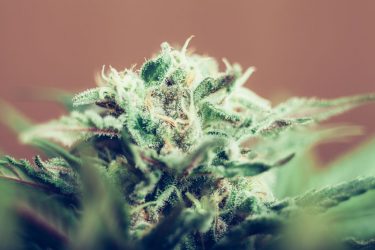 A lot of questions about hemp were answered last week when the U.S. Department of Agriculture issued regulations on growing the plant. The new rules legalize hemp production on the national level, but allow states and/or tribal councils to pass laws more stringent than federal regulations.

However, farmers and lawmakers in North Carolina didn’t get any help on a question that’s held up passage of the state’s 2019 Farm Act (SB 315), which is keeping some hemp farmers in limbo. North Carolina legislators have continued to debate how to regulate smokable hemp without de facto legalizing marijuana. The State Bureau of Investigation and other law enforcement officials have testified that the similarity of the appearance and odor of smokable hemp to marijuana “makes it impossible for law enforcement […] to develop probable cause for arrest, seizure of the item, or probable cause for a search warrant” when they suspect it’s marijuana. At this time, there is a not a reliable field test that law enforcement can use to distinguish between hemp and marijuana. Hemp and marijuana plants are close cousins, but hemp must contain less than 0.3 percent THC. Higher THC content would mean the plant would be classified as marijuana and therefore illegal in North Carolina and on the federal level. THC (Delta-9 tetrahydrocannabinol) is the psychoactive ingredient that gives users a high.

Despite the fact that the NC General Assembly has adjourned until mid November, a conference committee of State House and Senate members are working to iron out differences between the two chambers’ versions of SB 315. The latest proposal would ban smokable hemp in the state on June 1, 2020, except for licensees who grow, manufacture, or handle it for sale out of state. State lawmakers are scheduled to return to Raleigh on November 13, 2019 and January 14, 2020, and they could vote on the Farm Act at either time.

The U.S. Department of Agriculture’s Rules and Regulations state: “Producer interest in hemp production is largely driven by the potential for high returns from sales of hemp flowers to be processed into CBD oil,” which is often consumed by people and pets.

According to attorney Anita Sabine, who represents hemp, cannabis and CBD firms in Los Angeles, it’s time for regulation. “We have this hemp CBD industry that’s exploded. [It’s] cultivated in State A, extracted in State B, added to a product in State C, finished in State D, and moved across state lines — all of this with no assurance to the consumers that the products have been tested to meet minimum standards.”

NC Family will keep you updated on how these regulations proceed through North Carolina.