HB2 “Repeal & Replace Bill” Not a Compromise or a Solution 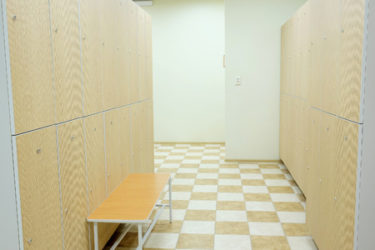 A bill filed in the N.C. House late Wednesday afternoon to “repeal and replace” HB2 is neither a compromise nor a viable solution to protect the privacy, safety and dignity of North Carolina citizens. House Bill 186, sponsored by Reps. Chuck McGrady (R-Henderson), Marvin Lucas (D-Cumberland), Ken Goodman (D-Richmond), and Ted Davis (R-New Hanover), proposes to repeal HB2, the state’s Public Facilities Privacy and Safety Act, and replace it with a conglomeration of policies that will threaten the privacy, safety and dignity of citizens across North Carolina.

“House Bill 186 would eliminate many of the statewide privacy and safety protections for women and children in bathrooms, showers and changing rooms across North Carolina,” said NC Family President John L. Rustin. “In addition, by deferring to local governments and local referenda on nondiscrimination laws, the bill would bring the strong arm bully tactics of HB2 opponents to individual cities and towns all over the state. This would result in a never-ending effort to force radical social policies down the throats of North Carolina citizens in their own communities.”

The following is a section-by-section analysis of House Bill 186 (You can read it for yourself here):

Section 1 of House Bill 186 would repeal HB2 in its entirety, including the statewide bathroom policy regulating access to multiple occupancy bathrooms, showers, changing rooms, and similar intimate facilities based on an individual’s biological sex.

Section 2 of HB 186 declares, “The regulation of access to multiple occupancy bathrooms, to showers, and to changing facilities is a matter of general, statewide concern and the entire field of regulation of such access is preempted from regulation except as provided by an act of the General Assembly.” Despite this statement, the bill contains NO PROVISION that establishes a statewide bathroom access standard like the one in House Bill 2.

Section 3 of HB 186 states, “Only the General Assembly may regulate access to multiple occupancy bathrooms, to showers, and to changing facilities within the State, except where owned or under the direct control of a city.” Again, the bill sets no statewide standard for access to multiple occupancy bathrooms and similar facilities, but it would allow cities and towns to adopt their own policies, leading to a patchwork of differing local ordinances across the state, including those that would allow men into women’s bathrooms, showers and changing rooms.

Section 4 would amend the state’s existing employment nondiscrimination law to also include a nondiscrimination law for “places of public accommodations,” which are defined as “any place, facility, store, other establishment, hotel, or motel, which supplies goods or services on the premises to the public or which solicits or accepts the patronage or trade of any person.” This section also would expand the current list of protected classifications of race, sex, national origin, religion, age, and handicap to also include citizenship, veteran status, genetic information, pregnancy, and disability (omitting color). Section 5 of the bill enumerates a similar list of protected classifications in various portions of the state’s nondiscrimination law for housing.

Section 6.1 of the bill would allow city and town councils to adopt local ordinances to add more legally protected classifications, like “sexual orientation,” “gender identity,” and “gender expression” to the employment, public accommodation and housing regulations addressed in Section 4. This is exactly what the City of Charlotte attempted to do in February 2016, which created the firestorm and the need for House Bill 2 in the first place. These are also the exact types of provisions that have been used in municipalities and states across the country to penalize and punish small business owners—like florists, bakers, photographers, videographers, printers, and others—who are simply trying to live and run their businesses in a manner that is consistent with their sincerely held religious beliefs. Exceptions are included in this section for “charitable organizations” and “religious institutions,” but they only apply in limited circumstances to these defined organizations. They do not apply to individuals or businesses that have sincerely held religious beliefs about God’s design for marriage and human sexuality.

Local referendum process: Under this section of HB 186, a city or town must give 30 days’ notice before enacting an ordinance that adds legally protected classifications. The ordinance can go into effect in 90 days unless an override petition is signed by 10 percent of the number of registered voters who voted in the most recent municipal election. If an override petition is submitted, a local referendum vote will take place at the next general or municipal election to determine if the expanded local ordinance goes into effect. Under this process, a substantial burden would be placed on the citizens to override their elected officials if they disagree with the proposed ordinance, as opposed to the elected officials facing the initial burden of proving the need for such a policy change. As stated above, the local referendum process will also invite divisiveness and hostility to communities all across North Carolina.

Although this section states that an ordinance cannot regulate access to multiple occupancy bathrooms, showers, and changing facilities, it does allow such regulation of properties “owned by, or under the direct control of, the city.” This could create the same privacy, safety and dignity concerns of the 2016 Charlotte ordinances.

Section 6.2 would prohibit cities from requiring private contactors to abide by “regulations or controls on the contractor’s employment practices or mandate or prohibit the provision of goods, services, or accommodations to any member of the public as a condition of bidding on a contract.”

Sections 6.3 and 6.4 would establish state-level nondiscrimination policies for community colleges and universities based on the categories of “race, sex, national origin, citizenship, religion, age, veteran status, genetic information, pregnancy, handicap, or disability” and authorize these entities to establish their own nondiscrimination policies. It is not clear whether this means these entities could adopt policies that include protected classes beyond those listed above.

Finally, Sections 7-12 would create enhanced penalties for a variety of felony and misdemeanor crimes, if those crimes are perpetrated in a bathroom, shower, changing room or other intimate facility.

In summary, House Bill 186 fails to address many of the critical concerns dealt with by HB2, and it actually would create additional problems regarding the privacy, safety, dignity, and religious liberty of North Carolina citizens.