Gov. McCrory Takes US Department of Justice to Court! 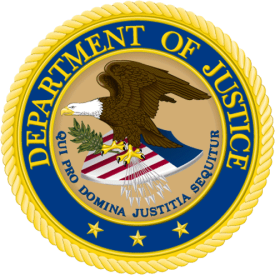 North Carolina Governor Pat McCrory is taking the U.S. Department of Justice (USDOJ) to court, seeking a declaratory judgment against the USDOJ’s “radical reinterpretation” of federal law. The USDOJ issued a formal letter last week that threatened action against NC in response to recently enacted House Bill 2. Gov. McCrory’s response today calls these threats a “baseless and blatant overreach,” and “an attempt to unilaterally rewrite long-established federal civil rights laws in a manner that is wholly inconsistent with the intent of Congress and disregards decades of statutory interpretation by the Courts.”

“We couldn’t agree more with Governor McCrory’s assessment of the situation,” said NC Family President John L. Rustin. “This is an outrageous example of the federal government attempting to usurp the power of the U.S. Congress and to bully the states. We commend Governor McCrory for standing against it. If the Obama Administration can impose this ‘radical reinterpretation’ on North Carolina, it will ultimately affect the personal privacy and safety of every man, woman, and child in America.”

As NC Family reported last week, the USDOJ issued a letter to Gov. McCrory on May 4 claiming North Carolina is “engaging in a pattern or practice of discrimination against transgender state employees” … “in violation of Title VII of the Civil Rights Act of 1964.” Ironically, the USDOJ contends H.B. 2 also violates the Violence Against Women Reauthorization Act of 2013. USDOJ officials ordered the Governor to “advise the Department…no later than close of business on May 9, 2016 whether you will remedy these violations of Title VII, including by confirming that the State will not comply with or implement H.B. 2.”

In short, the Obama Administration is claiming that the word “sex,” as used in federal employment nondiscrimination law, means “sexual orientation” and “gender identity,” despite the fact that these terms do not appear in the federal law or the employment laws of 28 states, including North Carolina.