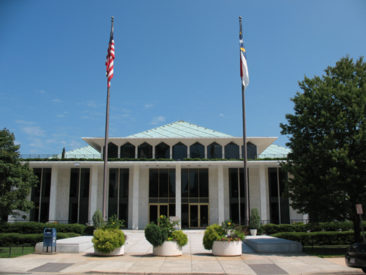 With almost 3.7 million votes cast and a participation rate exceeding 52 percent, North Carolina voters surpassed most turnout expectations for yesterday’s midterm election. Despite the fact that no presidential, U.S. Senate or gubernatorial race appeared on the ballot, voters turned out in droves during early voting and on Election Day to support the candidates of their choice and to express their opinion on six proposed constitutional amendments.

Overall, Republicans defended their majorities in both chambers of the N.C. General Assembly, but Democrats broke the supermajority in the State House and quite possibly also in the State Senate. (We are still awaiting final vote tallies.) This means that the Republican majorities will have to work across party lines if they want to overcome the veto stamp of Democratic Governor Roy Cooper, which is certain to be inked-up and ready for use during the 2019-20 Legislative Session.

On the national level, the midterms delivered a split decision, as Democrats took control of the U.S House while Republicans built upon their majority in the U.S. Senate. This will create a split government and force both parties to reach across the aisle to achieve any policy successes. One notable exception is the confirmation of federal judicial appointments by President Trump, which must only be confirmed by  the GOP-controlled U.S. Senate.

The following is a brief summary of the unofficial election results on the morning after Election Day.

STATEWIDE JUDICIAL RACES: Democratic candidates dominated the four statewide judicial races on the ballot, taking the one available seat on the State Supreme Court and three seats on the State Court of Appeals. Democrat Anita Earls handily defeated incumbent Republican Barbara Jackson by 15 percentage points in this hotly contested race, while Democrat-turned-Republican Chris Anglin captured over 16 percent of the vote. Earls’ victory gives Democrats a 5-2 advantage on the state’s High Court. Democrats John Arrowood, Toby Hampson, and Allegra Katherine Collins also secured the three seats on the Court of Appeals. While Arrowood won by a slim 1.4 percent margin, the other two races saw a greater margin of victory partially due to the vote being split between three candidates instead of two. You can review the responses of Anita Earls, Toby Hampson, and Allegra Katherine Collins on NC Family’s candidate questionnaires on the Judges page of NC Family’s Voter Guide website at NCFamilyVoter.com.

CONSTITUTIONAL AMENDMENTS: North Carolina voters gave approval to four of the six proposed constitutional amendments on the ballot. Proposals to “Protect the Right to Hunt and Fish,” “Strengthen Victims Rights,” set a “Maximum Tax Rate of 7.0%,” and to “Require Photo ID to Vote” all passed by over an 11 point margin. Proposals to establish a “Nonpartisan Judicial Merit Commission” and a “Bipartisan Board of Ethics and Elections” both failed by substantial margins. To learn more about what these provisions will do, be sure to read NC Family’s article, “Upcoming Constitutional Amendments—What You Need To Know.”