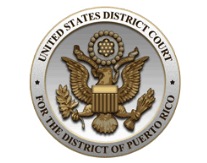 Last week, United States District Judge Juan M. Perez-Gimenez of Puerto Rico became the second federal judge this year to uphold traditional marriage laws against the increasing tide of judges striking down properly enacted marriage laws and constitutional amendments. In his 21-page decision issued October 21, Judge Perez-Gimenez looked at the U.S. Constitution and U.S. Supreme Court cases relating to marriage, and ruled that Puerto Rico, like any state, has the right to legally define marriage as only the union of one man and one woman and to refuse to recognize same-sex unions from other jurisdictions.

The ruling cites the 1972 U.S. Supreme Court opinion in Baker v. Nelson as binding precedent on the question of marriage and states’ rights. Judge Perez-Gimenez wrote that the Court in that case, which was brought by a same-sex couple challenging a state’s marriage laws, had looked at due process and equal protection claims under the Constitution, and had “unanimously dismissed the petitioners’ appeal ‘for want of [a] substantial federal question.’” Further looking at a ruling by the U.S. Court of Appeals for the First Circuit, which has jurisdiction over his court, he said, “The First Circuit expressly acknowledged – a mere two years ago – that Baker remains binding precedent ‘unless repudiated by subsequent Supreme Court precedent.’”

The plaintiffs in Conde-Vidal v. Garcia-Padilla had argued that Puerto Rico’s marriage laws violated the U.S. Constitution. Judge Perez-Gimenez rejected that argument, stating, “Because no right to same-gender marriage emanates from the Constitution, the Commonwealth of Puerto Rico should not be compelled to recognize such unions. Instead, Puerto Rico, acting through its legislature, remains free to shape its own marriage policy. In a system of limited constitutional self-government such as ours, this is the prudent outcome. The people and their elected representatives should debate the wisdom of redefining marriage. Judges should not.”

Additionally, he cited the Supreme Court’s recent Windsor decision, which stated, “when the Constitution was adopted the common understanding was that the domestic relations of husband and wife and parent and child were matters reserved to the States.” He noted that Windsor, which struck down a portion of the federal Defense of Marriage Act, “did not create a fundamental right to same-gender marriage nor did it establish that state opposite-gender marriage regulations are amenable to federal constitutional challenges. If anything, Windsor stands for the opposite proposition: it reaffirms the States’ authority over marriage, buttressing Baker’s conclusion that marriage is simply not a federal question.” He quoted the Windsor decision, which declared, “([t]he definition of marriage is the foundation of the State’s broader authority to regulate the subject of domestic relations with respect to the ‘[p]rotection of offspring, property interests, and the enforcement of marital responsibilities’);  … (‘DOMA intrudes into a realm that has from the start of the nation been primarily confided to state regulation – domestic relations and the definition and incidents of lawful marriage – which is a leading instance of the states’ exercise of their broad police-power authority over morality and culture.’)”

Judge Perez-Gimenez’s ruling also commented on recent judicial decisions that have overturned properly enacted laws and constitutional amendments protecting marriage. He emphasized that looking to legal precedent on this question is important because it “embodies continuity, certainly, but also limitation: there are some principles of logic and law that cannot be forgotten.” He wrote, “Recent affirmances of same-gender marriage seem to suffer from a peculiar inability to recall the principles embodied in existing marriage law,” and cited Justice Alito’s recognition in his dissenting opinion in Windsor that traditional marriage is “exclusively [an] opposite-sex institution … inextricably linked to procreation and biological kinship.”

The decision is refreshing for traditional marriage advocates in its recognition of the historic fundamental importance of marriage for society. “Traditional marriage is the fundamental unit of the political order,” wrote Judge Perez-Gimenez. “And ultimately the very survival of the political order depends upon the procreative potential embodied in traditional marriage. Those are well-tested, well-proven principles on which we have relied for centuries. The question now is whether judicial ‘wisdom’ may contrive methods by which those solid principles can be circumvented or even discarded.”

Amid the chaos being caused by rapidly changing marriage laws, Judge Perez-Gimenez asserted that, “those seeking sweeping change must render reasons justifying the change and articulate the principles that they claim will limit this newly fashioned right.” He concluded that, “For now, one basic principle remains: the people, acting through their elected representatives, may legitimately regulate marriage by law.”

Should this case proceed to the U.S. Court of Appeals for the First Circuit, it could set up another opportunity for the Supreme Court to consider the question of whether states may legally limit the definition of marriage. In September, a Louisiana federal district court similarly affirmed the right of states to determine marriage law within their borders. Several other cases are already pending in U.S. courts of appeals, including in the Fifth, Sixth, Eighth, and Eleventh Circuits.