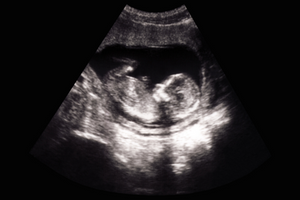 The 20-week abortion ban in North Carolina, which went into effect in 1973 but was struck down in 2019, can now be enforced again, according to a court order from federal district court Judge William L. Osteen, Jr. This means that abortions in North Carolina are now legal only before 20 weeks’ gestation, or in cases of medical emergencies wherein the mother’s life or the “substantial and irreversible physical impairment of a major bodily function” are at risk.

As NC Family shared in 2019, Judge Osteen’s decision in Bryant v. Woodall enjoined our state’s 20-week abortion ban because it violated the “viability” standard established by the U.S. Supreme Court (SCOTUS) in Roe v. Wade and Planned Parenthood v. Casey. In light of the SCOTUS ruling in Dobbs v. Jackson Women’s Health Organization, however, Osteen lifted his ban, saying “Neither this court, nor the public, nor counsel, nor providers have the right to ignore the rule of law as determined by the Supreme Court.”

Ever since the Dobbs ruling came out in June and returned control on abortion regulation back to the states, there has been a surge of state-level legislation nationwide to either legalize or restrict abortion. North Carolina legislative leaders immediately called on NC Attorney General Josh Stein and the NC Department of Justice following the Dobbs ruling “to take all necessary legal action to lift the injunction currently barring the full enforcement of our State’s abortion restrictions…”

Unfortunately, AG Stein responded to this by issuing a statement in which he declined to “take action that would restrict women’s ability to make their own reproductive health care decisions.”

Despite the attorney general’s inaction, Judge Osteen thankfully responded to the Dobbs ruling and urgings from state legislative leaders by lifting the 2019 injunction. While this is certainly a step in the right direction, North Carolina still has a long way to go. As NC Family President John L. Rustin explained in his article “The Status of ‘Life’ in North Carolina Now That Roe v. Wade is History,” “even if the federal court does reinstate our 20-week ban, North Carolina is going to quickly fall behind most of our neighboring states in protecting unborn life. These other states have already passed legislation that will ban abortion at varying stages of early development now that Roe v. Wade is overturned.” 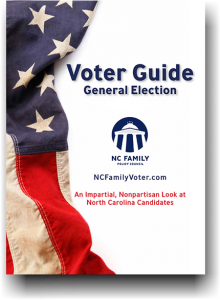 Until our state has either a pro-life governor or a pro-life supermajority in the legislature, we will not be able to follow in the footsteps of most of our neighboring states and protect unborn babies at nearly every stage of life. This means that in this upcoming 2022 election, lives literally hang in the balance!

If you have not already, please order NC Family’s comprehensive, nonpartisan Voter Guide for this year’s General Election, as we are surveying all candidates for the State House and Senate to determine where they stand on the issue of life. (You can pre-order Voter Guides in bulk for distribution at your church, civic groups, and neighborhood by visiting NC Family’s Voter Guide Order Page. Voter Guides are provided free-of-charge and will be shipped in early October.)