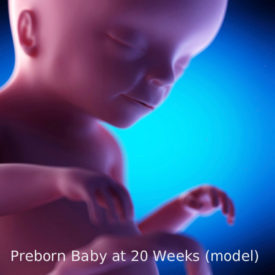 NC Family is working with members of the North Carolina General Assembly and other pro-life advocates to determine the best path forward in light of this week’s ruling by a U.S. District Court Judge in North Carolina that effectively struck down a state law banning abortion after 20 weeks of pregnancy. Judge William L. Osteen, Jr. stayed his order, however, “for a period of sixty days” to allow the judgment to be appealed or to give the North Carolina General Assembly time to consider “legislative alternatives” in response to his ruling. The opinion came as the result of a lawsuit filed by the Center for Reproductive Rights, the American Civil Liberties Union, and Planned Parenthood.

An appeal of the case would take it to the U.S. Court of Appeals for the Fourth Circuit, which has become one of the most liberal federal appeals courts in the country. Legislation may be drafted to create a “viability” standard for abortion. The determination of viability, however, according to Osteen’s ruling, would be left up to the doctor, who in most cases is not a trusted family physician, but an abortionist in the business of ending the life of unborn babies.

According to Osteen’s opinion, “North Carolina has banned abortion by statute for over one hundred years.” In 1973, following the U.S. Supreme Court’s Roe v. Wade decision, state law was amended to legalize abortion before 20 weeks. Exceptions were also built into the law to allow abortions after 20 weeks if the “life” or “health” of the mother was at risk. According to Roe v. Wade and companion 1973 opinion Doe v. Bolton, the life or health standard essentially allows abortion for any reason. In 2016, North Carolina law was amended to allow abortion after 20 weeks only in the case of a “medical emergency,” which is a much more limiting standard.

Osteen’s ruling finds, “the 2016 amendment substantively altered a woman’s ability to obtain a post-viability abortion in North Carolina.” He also opines that Roe v. Wade establishes a constitutional right to abortion any time prior to viability, but he never establishes when viability occurs. Instead, he states, “viability does not occur at a fixed number of weeks after the pregnancy begins but rather is determined individually in each case by a doctor.” The opinion then cites the 45-year-old Roe decision, which determined ‘“[v]iability is usually placed at about seven months (28 weeks) but may occur earlier, even at 24 weeks.”’ It goes on to cite the Supreme Court’s 1992 decision in Planned Parenthood of Southeastern Pennsylvania v. Casey, which recognizes “that the average point of viability had advanced significantly even in the twenty years since Roe was decided.”

Clearly, advances in medical technology, neonatal care, medical treatments, and ultrasound equipment continue to make viability, or “life outside the womb,” possible and recognizable at earlier and earlier stages. Regardless, bills have been passed in states like New York, and have been proposed in states like Virginia, Vermont and even North Carolina (two years ago), to allow abortion up until and even after the delivery (in some cases) of a newborn child.

It’s also hard to forget the words of Virginia Governor Ralph Northam, himself a pediatric neurologist, who said just months ago when asked about Virginia’s abortion bill, “If a mother is in labor…the infant would be delivered. The infant would be kept comfortable. The infant would be resuscitated if that’s what the mother and the family desired, and then a discussion would ensue between the physicians and mother.”

On the other hand, 12 states (Alabama, Arkansas, Indiana, Louisiana, Michigan, Nebraska, Ohio, Oklahoma, South Carolina, South Dakota, Texas and West Virginia) signed on to a friend of the court brief in this case in defense of North Carolina’s 20-week abortion ban.

This callous disregard for human life at its earliest and most vulnerable stage in an attempt to defend an indefensible political mantra is becoming more and more apparent across our nation today. Please pray for wisdom and favor as we seek a meaningful solution to this incredibly disturbing and potentially deadly court ruling.