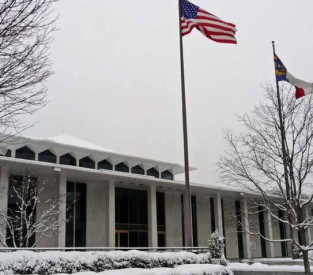 With a flurry of activity, the North Carolina General Assembly wrapped up the first part of its 2013-2014 legislative biennium on July 26, 2013, bringing to a close a sometimes frantic session that included many important pro-family policy initiatives. This session was historic in that it marked the first time a Republican-controlled Legislature has sent bills to a Republican governor since Reconstruction. This article outlines some of the major items addressed during the 2013 session, whether passed or failed, and some of the items still eligible for consideration in 2014.

(You may also obtain a listing of how members of the North Carolina Senate and North Carolina House voted on select recorded votes taken during the 2013 Legislative Session by downloading the entire article via the link above.)

The crowning achievement of the 2013 Legislative Session for pro-family advocates was the General Assembly’s enactment of the most sweeping pro-life legislation the state has seen in decades. Overall, S353—Health and Safety Law Changes:

S353 represents a combination of a number of individual life-related bills that were introduced earlier in the session along with other provisions that were added as the measure moved through the legislature. (For more details, see “The Life Battle” article in this issue of Family North Carolina magazine.)

Another important pro-life measure enacted during the 2013 Legislative Session was S117—Lily’s Law, which codifies the common law by creating a murder charge for circumstances where a child is born alive but later dies as a result of injuries inflicted prior to the child’s birth. Additionally, S402—Appropriations Act of 2013, the state budget bill, allocated $250,000 to the Carolina Pregnancy Care Fellowship (CPCF), a private organization that provides funding, training, and support for the state’s approximately 80 pregnancy resource ministries, and $375,000 for maternity homes that provide free shelter, food, clothing, medical care, and adoption counseling for unwed mothers.

A pro-life measure that lawmakers failed to enact was S691—Unlawful to Assist Another To Commit Suicide, which would have made it unlawful for anyone to knowingly help someone commit suicide, defined by the bill as “the intentional and willful termination of one’s own life.”

Another major issue the General Assembly addressed was the trafficking of human beings. Working to remove North Carolina from among the top 10 states for sex trafficking, legislators enacted two measures. The first, S122—Sex Trafficking/Sex Offender Registration, requires individuals who are convicted of human trafficking to register as sex offenders in North Carolina. The second, S683—Safe Harbor/Human Trafficking, increases the penalties for sex traffickers and purchasers, and ensures that minor victims of prostitution are treated as victims of sex trafficking, are immune from prosecution, and are eligible to receive state services and support. Additional legislation that would require education on human trafficking in schools and direct the State Department of Health and Human Services to “establish a central hotline for reporting suspected cases of human trafficking,” was included in H855—Human Trafficking. This bill was unanimously approved by the House in May and was referred to the Senate Judiciary 1 Committee, where it remains.

Another measure seeks to protect children by strengthening the state’s child abuse and neglect laws. This bill, H149—Caylee’s Law/Report Missing Children, which was enacted into law, requires the disappearance of a child to be reported if a child has been missing for a 24-hour period. It also increases the penalties for concealing the death of a child, misleading law enforcement about a missing child, or failing to report maltreatment of children.

Scholarships: North Carolina now has two education scholarship grant programs in place. H269—Children w/Disabilities Scholarship Grants replaces an existing education tax credit program for disabled children that was enacted in 2011 by establishing “special education scholarship grants for children with disabilities.” This bill enables eligible students “to attend any nonpublic school and to receive special education and related services in a nonpublic school setting.” Additionally, the 2013 budget bill made North Carolina the 10th state in the nation to offer an opportunity scholarship program for children from lower income families. The budget appropriated $10 million for the establishment of the “Opportunity Scholarship Act,” which enables eligible students to qualify for scholarship grants of up to $4,200 per year to cover the costs of tuition and fees to attend a nonpublic school. (For more details, see the “Expanding School Choice” article in this issue of Family North Carolina magazine.)

Homeschools: Legislators also amended the definition of “home school” in S189—Amend Law Defining Home Schools to allow more flexibility with respect to curriculum and academic instruction. Lawmakers never considered a bill that would have established a tax credit of $1,250 per semester for each eligible child who is homeschooled.

Curriculum: A handful of other bills dealing with curriculum matters were enacted into law, including S132—Health Curriculum/Preterm Birth and H146—Back to Basics. S132 requires North Carolina’s school reproductive health and safety education program to include education “about the preventable risks for preterm birth in subsequent pregnancies, including induced abortion, smoking, alcohol consumption, the use of illicit drugs, and inadequate prenatal care.” H146 directs public schools to provide instruction in cursive handwriting so students can write legibly in cursive and to require the memorization of multiplication tables.

In the waning days of the session, lawmakers passed S473—Health Cost Transparency/Speaker and PPT Standing, a provision of which states “[t]he Speaker of the House of Representatives and the President Pro Tempore of the Senate, as agents of the State, shall jointly have standing to intervene on behalf of the General Assembly as a party in any judicial proceeding challenging a North Carolina statute or provision of the North Carolina Constitution.” In essence, this measure clarifies that the legislative leadership may join together to defend state laws, such as North Carolina’s marriage statutes and Marriage Protection Amendment, when those laws are challenged in court.

Pro-homosexual advocates introduced several bills that would have amended the State Personnel Act to include “sexual orientation” and “gender identity or expression” among the list of protected classifications under the state’s Equal Employment Opportunity Law. None of these bills were brought up for consideration.

Likewise, S658—UNC/Dormitory Rules, which would have prohibited the University of North Carolina System from assigning members of the opposite sex “to the same dormitory room, dormitory suite, or campus apartment unless the students are siblings or they are legally married,” did not receive a hearing. Instead, the UNC Board of Governors approved a policy in August that resolved this matter.

H156—Honest Lottery Act, which would require the state lottery to provide more transparency about the odds of winning in advertising and would prohibit lottery advertising at high school and college sporting events, passed the House and remains eligible for consideration by the Senate.

Two other bills that would have expanded gambling in North Carolina did not pass. These included H809—Game Nights/Nonprofit Fund raisers, which would have authorized nonprofit organizations to operate Las Vegas-style “game nights,” utilizing poker, blackjack, roulette, craps, keno, and merchandise wheel of fortune, as fundraising events; and H844—Indian Tribe Recognition, which could have extended gambling rights to six state-recognized tribes in North Carolina.

In March, several senators introduced a pioneering divorce reform bill that gained national attention. S518—Healthy Marriage Act proposed five reforms to North Carolina’s divorce laws, including: extending the current waiting period for divorce from one year to two years; allowing couples to live together during the two-year waiting period; requiring the spouse desiring to end the marriage to give a notarized letter of intent to file for divorce to his or her spouse; requiring couples to complete “courses on improving communication skills and conflict resolution” during the two-year waiting period; and requiring married parents who have children and who are seeking divorce to first complete at least a four-hour course on the impact of divorce on children. Unfortunately, this bill was never considered in the Senate.

Another important measure introduced this session that saw some movement in the House but ultimately did not pass was H693—Eliminate Exceptions/ Med. Treatment/Minors. This bill sought to enhance the rights of parents to be involved in decisions regarding the medical treatment of their minor children for “sexually transmitted diseases, abuse of controlled substances or alcohol, mental illness, and pregnancy.” The bill would have also fixed a loophole in North Carolina’s parental consent for abortion law by requiring the parent’s consent to be notarized. A similar bill, S675, was introduced in the Senate, but was never considered.

A number of bills that would have clarified the religious freedom of citizens, including students at universities and colleges, failed to be ratified. H751— NC Religious Freedom Restoration Act sought to strengthen religious freedom in North Carolina by amending the law “to guarantee that a test of compelling state interest will be imposed on all State and local laws and ordinances in all cases in which the free exercise of religion is substantially burdened,” and “to provide a claim or defense to persons whose exercise of religion is substantially burdened by the State.” Although this bill passed a subcommittee, it was never voted on by the full House.

H735—Student Organizations/Rights & Recognition sought to clarify that religious or political student organizations may determine who is qualified to serve as leaders of their group “in conformity with the organization’s established written doctrines expressing the organization’s faith or mission.” This bill passed the House, but was not considered in the Senate, while a similar bill, S719, passed the Senate unanimously and was referred to the House Education Committee, where it remains eligible for consideration.

S370—Respect for Student Prayer/Religious Activity attempted “to clarify student rights to engage in prayer and religious activity in school; to create an administrative process for remedying complaints regarding exercise of those student rights; and to clarify religious activity for school personnel.” Similar to S719, this bill passed the Senate by a unanimous vote, and remains eligible for consideration in the House.

North Carolina is now one of 34 states to enact a law requiring some form of identification to vote. H589—VIVA/Election Reform institutes a photo ID requirement for voting beginning with the 2016 elections. H589 also makes a number of other significant changes to North Carolina’s election laws, including: eliminating same-day registration and voting; eliminating straight-party voting; shortening the early voting period from 17 days to 10 days, while keeping the total number of early voting hours the same; and requiring all early-voting sites within a county to post the same days and hours of operation.

In September, legislators returned to Raleigh for a special veto session and overrode Gov. Pat McCrory’s vetoes of two separate bills: H786— RECLAIM NC Act, which made changes to the State’s immigration and E-verify laws; and H392— Warrant Status/Drug Screen Public Assist., which requires certain people who are applying for welfare benefits to pass a drug test.

The General Assembly will reconvene for the 2014 “Short Session” at noon on Wednesday, May 14, 2014. The scope of that session will be limited primarily to tweaking the two-year budget that was approved this year and to taking up very select items of unfinished or necessary business.

This report reviews a select portion of the numerous bills considered by the General Assembly this session and cannot, in this limited space, provide a complete account of the legislative session. For more information about a specific bill—or to see how your legislators voted on a particular measure this session—visit the North Carolina General Assembly website at www.ncleg.net. For further information about any of these bills, or to view “Votes” papers from previous legislative sessions, please visit ncfamily.org.