Election FAQs: Where Do We Go from Here? 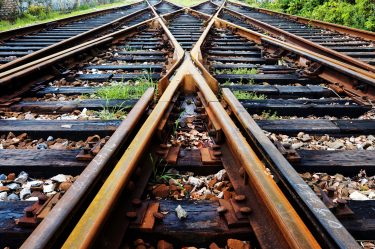 This article originally appeared on Family Research Council’s website and is being republished here with FRC’s permission.

The media may be acting like Joe Biden has already won the 2020 election, but that’s not necessarily true. The reality is, there are a number of steps — under the Constitution, as well as federal and state law — that still have to occur before anyone is formally declared the winner. Here are the facts:

Has the presidential election been finalized?

No. The media “calling” the race are only giving their projection and best estimate of the results. At this point, states still need to finalize their vote counts, and certify their results by certain deadlines.

What could affect the final vote counts and certification of state results?

As of right now, there is ongoing litigation in multiple states over voting procedures and election results. This litigation could affect the final vote counts in key states like Pennsylvania, Nevada, Georgia, and Michigan. Meanwhile, states like North Carolina and Arizona still are counting ballots and tallying their results. In other close states, like Wisconsin, recounts are being conducted. It is possible that none of these efforts will change the final results in these states, but the final vote counts are not determined until all of this is finished. Only then can state election results be certified.

What happens after results are certified?

States will send electors to the Electoral College, which will meet and vote for president on December 14. While electors typically are sent based on the popular vote in the state, there is no constitutional or federal statutory provision mandating that this be done (or how it is to be done); it is left up to each state.

What happens if results are not certified before the relevant deadline?

Election-related disputes in states have to be resolved by December 8; if the dispute is not resolved by that date, the choice of electors for the Electoral College could be challenged by Congress.[1]

It is important to remember that the authority to choose electors ultimately rests with state legislatures, a constitutional reality that we were last reminded of during the dispute over Florida in the 2000 Presidential Election.[2]

What happens if neither candidate receives 270 votes in the Electoral College?

The House of Representatives meets on January 6, 2021 to count the votes cast on December 14. If the Electoral College does not produce a winner because no candidate has 270 votes when those votes are counted in the House, the election will immediately move to what is known as a “contingent election.”[3]

What happens in a contingent election?

As provided by the 12th Amendment to the Constitution, in a contingent election “the House votes ‘immediately, by ballot’ for President . . . , choosing from among the three candidates who received the most electoral votes.”[4] Each state delegation has one vote for the election of the President, and a majority of all state delegations is needed to win. It is likely (but not yet conclusive) that Republicans will hold a majority of state delegations when the new congress convenes in January 2021.

In the Senate, “[i]f no candidate for Vice President receives a majority of electoral votes, then the Senate elects, choosing between the two candidates receiving the most electoral votes . . . . each Senator casts a single vote.”[5] A majority of all Senators is needed to win. Though we won’t know until January 2021, it is likely that the Republicans will control the Senate, and thus be able to select the Vice President in a contingent election.

What happens beyond a contingent election?

[1] “[I]f a state, under its established statutory procedure, has made a ‘final determination of any controversy or contest’ relative to the presidential election” before December 8, “such determination is to be considered ‘conclusive’ as to which electors were appointed on election day (3 U.S.C. §5).” CRS Report, “Counting Electoral Votes: An Overview of Procedures at the Joint Session, Including Objections by Members of Congress,” RL32717, pp. 1-2 (italics added) (Washington, D.C.: Congressional Research Service, updated Nov. 15, 2016), https://crsreports.congress.gov/product/pdf/RL/RL32717/12. 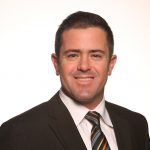 Travis Weber is Vice President for Policy and Government Affairs for Family Research Council, where he oversees policy development and engagement with federal and state government officials on issues related to life, family, and religious liberty. Travis also serves as the Director of the Center for Religious Liberty, which coordinates FRC’s domestic and international religious freedom policy and advocacy efforts.