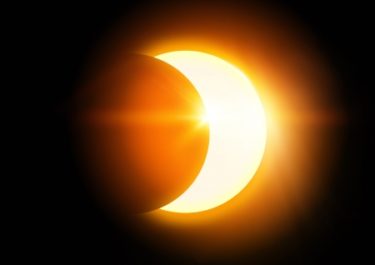 “For ever since the world was created, people have seen the earth and sky. Through everything God made, they can clearly see his invisible qualities—his eternal power and divine nature. So they have no excuse for not knowing God.” —Romans 1:20 NLT

In light of today’s solar eclipse, one might wonder what we can all learn about the nature of God through this extraordinary, but predictable, lunar event. While it might be fun to explore and speculate about the many possibilities with family and friends, one prospect that has occurred to us here at NC Family is the correlation between the eclipse and the authority of God’s Truth in our world.

In literary texts, the sunlight, especially at mid-day when it’s at its most brilliant, has often been used as an allegory for the Truth of God. Likewise, the cares of this world, the entanglements of sin, and the deceit of humanity can act like an eclipse, resulting in blindness to God. It can make observers wonder if the light is less bright or the Truth is less true or relevant than it used to be.

This is all a matter of perspective! Today, the moon passed between the Earth and the sun, giving the appearance across our nation that the sun had diminished or disappeared altogether (in the case of a total eclipse). The eclipse, however, did not change the character of the sun one bit. Things may have looked different from our position in the universe, but the sun continued to shine as brilliantly as it did yesterday, and Lord willing, as it will tomorrow.

Similarly, when the Truth of God’s Word appears to shine less brightly in our culture, it is actually an illusion. The reality is that God’s Truth continues to shine as brightly as ever, even when it appears to be shrouded by worldly darkness or obscured by our fallible human vision.

Take heart brothers and sisters in Christ! God is not mocked, and His eternal power and divine nature is not diminished by our frailties and failings. His Truth remains and will be revealed in all of its glory in His time, just as the full strength of the sun is once again revealed after the eclipse has passed.