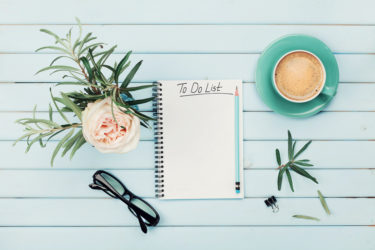 When I entered the auditorium at the Nasher Museum of Art at Duke University one evening this past spring, I was amazed at the packed room. I sat on a folding chair along the back wall, one of the few remaining seats. As I looked around, I had the distinct feeling that everyone present cared very deeply about the subject matter about to be discussed.

Dr. Farr Curlin, who specializes in palliative care, presented arguments against physician-assisted suicide. Dr. Timothy Quill, a professor at the University of Rochester School of Medicine, made a case in favor of the practice.

After the presentations, the physicians took a wide range of questions from the audience, although most of the questions were directed at Dr. Curlin with tinges of hostility.

I walked away wondering if anyone in the room had ever heard a case for life as masterfully presented as that made by Dr. Farr Curlin that evening, and in an atmosphere that seemed to me much like a lion’s den. If so few have heard the truth presented well, the need to keep fighting for the sanctity of life is more important than ever before. If we do not champion life, who will? If not now, then when?

The following is an excerpt of Dr. Farr Curlin’s argument for life and against physician-assisted suicide presented at Duke University on April 25, 2017.

A few weeks ago, I was asked to see a patient in the Emergency Room at one of Duke University’s hospitals, where I practice palliative medicine. The patient, who I will refer to as Mr. Roberts, had advanced dementia. He had not spoken in three years. He was brought to the hospital by his brother and his niece, who for several years, had cared for the patient at home. Initial evaluation by the ER docs made clear that Mr. Roberts had pneumonia and was beginning to suffer septic shock and respiratory failure. After I spoke with them briefly, Mr. Roberts’ family members agreed with my proposal that we give him antibiotics, oxygen, and other supportive therapy, but that we forego putting him on a breathing machine, even if he came to the point of not being able to breathe on his own.

I then asked his brother and niece if they had ever considered hospice care for Mr. Roberts. Both shook their heads and said adamantly, “We are not interested in hospice.” “Why is that?” I asked. They responded, as I have heard numerous others respond in Durham and on the south side of Chicago [where Dr. Curlin formerly lived and worked]: They described their impression that hospice too often foregoes any effort to provide medical care for patients, instead focusing only on giving potent drugs like morphine and sedatives, and thereby hastening patients’ deaths.

I begin with this story because it points to a question I ask you to consider: With respect to the questions of assisted suicide, which of the following should physicians care most about:

Maintaining the trust of those who, like Mr. Roberts and his family, already experience the debility, dependence, and suffering that advanced illness brings; or;

Empowering those who, like Brittany Maynard, seek through assisted suicide, to avoid such debility, dependence, and suffering?

Brittany Maynard, you may recall, was diagnosed with brain cancer in January of 2014 and became a prominent public advocate for legalization of physician-assisted suicide. She moved from California to Oregon and, per a plan she specified in advance, died on November 1 of that year after ingesting a lethal cocktail of drugs.

Brittany Maynard’s story illustrates a pattern. Those who seek assisted suicide are rarely driven by the direct experience of refractory pain or other symptoms. At the time she committed suicide, Ms. Maynard was not experiencing symptoms beyond the reach of conventional palliative medicine, nor are such symptoms expected with a brain tumor. Rather, as she herself said, she chose to end her life on her own terms in order to avoid the prospect of further debility and decline, in which she might “suffer personality changes and verbal, cognitive and motor loss of virtually any kind.”

Ms. Maynard’s desire to avoid debility and dependence reflects the pattern found in official reports from Oregon and Washington State, where nine out of ten patients requesting assisted suicide have reported being concerned about “losing autonomy” (91.5 percent) and being “less able to engage in activities making life enjoyable” (88.7 percent).

The problem to which assisted suicide poses a solution is not uncontrolled pain. In Oregon, only one in four patients (24.7 percent) has reported even “concern about” inadequate pain control, and at no time in history have physicians and patients had greater access to effective tools for treating pain and other distressing symptoms, tools which can be deployed aggressively under ethical norms that have guided medicine for ages.

Brittany Maynard put the point bluntly in her online manifesto: “I want to die on my own terms.” Ms. Maynard then added, “My question is, who has the right to tell me that I don’t deserve this choice?” That is a powerful question in our day.

That physicians are being asked to cooperate shows that “the right to choose” is, as the late Robert Burt noted, “radically incomplete as a justification for physician assisted suicide.” “[T]he confident assertion of the self-determination right,” he continued, “leaves unacknowledged and unanswered a crucial background question: Who can be trusted to care for me when I am too vulnerable and fearful to care for myself?”

Physicians cannot practice causing the death of their patients without undermining the trust on which the practice of medicine depends. Physicians who care for patients with advanced illness have long known that both they and their patients will, at times, be tempted to do away with suffering by doing away with the patient. To mitigate against that temptation, physicians have for two-plus millennia sworn in the Hippocratic Oath: “I will neither give a deadly drug to anybody who asked for it, nor will I make a suggestion to this effect.” The AMA has maintained since its founding that, “Physician assisted suicide is fundamentally inconsistent with the physician’s professional role.”

If “verbal, cognitive and motor loss” renders life not worth living, one might think that disability groups would welcome assisted suicide. The opposite is the case. Disability groups overwhelmingly oppose assisted suicide. The prominent advocacy group, Not Dead Yet, speaks for many in arguing that “it cannot be seriously maintained” that legalization of assisted suicide will not lead to “inappropriate pressures from family or society” for people to end their lives. The group contends that “assisted suicide laws ensure legal immunity for physicians who already devalue the lives of older and disabled people and have significant economic incentives to at least agree with their suicides, if not encourage them, or worse.”

But even if these time-tested reasons have lost their grasp on our imaginations, can we not still say that it is unjust to purchase yet another choice for those accustomed to living life on their own terms at the cost of betraying physicians’ distinctive solidarity with, and thereby undermining the trust of, those who live under the terms of illness and disability, which they have not chosen, but with respect to which, they should be able to count on physicians’ care?

The transcript of Dr. Curlin’s entire presentation can be found at NCFamily.org.

Dr. Farr Curlin is a hospice and palliative care physician at Duke University where he holds a joint appointment to the School of Medicine and Duke Divinity School.