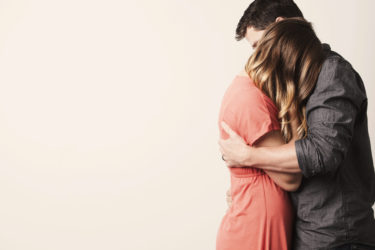 The wonderful thing about NC Family’s lovely print magazine is the ability to tuck it into a bag or take it along to an appointment, on a trip, or to the car pool line. Something about holding the articles in your hands is advantageous when you really want to dig deep into a subject. You can underline, highlight or dog-ear the pages, and it’s easy to pass along to a friend or family member.

As Americans who have a passion for influencing our own communities and who understand the importance of good public policy, we need to make it a practice to dig deep on topics and continue to learn every day. This means turning off the “talking points” of television and radio, and educating ourselves on the topics that everyone is talking about—and at times, even more importantly, those topics that mainstream media are talking about!

President Abraham Lincoln is the consummate example of a lifelong learner. Growing up desperately poor on a small farm in rural Indiana, he received less than 12 months of formal education in his lifetime. Instead of college, he studied borrowed law books, rereading some over and over before sitting for the bar exam. He passed on the first try.

But his education never stopped. While on the road as a circuit lawyer, he spent quiet evenings and weekends reading and in deep study.

Life on the circuit provided Lincoln the time and space he needed to remedy the “want of education” he regretted all his life. During his nights and weekends on the circuit, in the absence of domestic interruptions, he taught himself geometry, […] astronomy, political economy, and philosophy that his fellow lawyers had learned in college. “Life was to him a school,” fellow circuit rider Leonard Swett observed, “and he was always studying and mastering every subject which came before him.”

—Team of Rivals: The Political Genius of Abraham Lincoln,

On that note, we plunge into a couple of deep topics in this edition of Family North Carolina:

Our staff of writers and researchers teamed up to bring you a family perspective on the crushing opioid crisis that has drawn so much attention lately—and rightly so! It’s a scourge on our nation, and several North Carolina cities have been hit especially hard. We found a local mom and son who were willing to talk to us about their journey through the dark alley of opioid abuse, and they offer help and hope to all of us who fear that our family and friends might fall into this insidious trap.

In addition, we are privileged to have obtained the transcript of a reasoned and passionate argument against the rising trend of physician-assisted suicide. Dr. Farr Curlin, a fellow Christian, medical doctor, and professor at Duke University, presented his arguments in a public—and at times hostile—debate on Duke’s campus.

Finally, we have a bit of fun, as three couples offer funny stories and friendly advice on their marriages. Get to know some of your fellow NC Family supporters in a new way, and perhaps pick up a few tips on how to make your own marriage (or future marriage) more rich and happy.