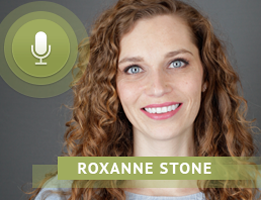 INTRODUCTION: Roxanne Stone is editor-in-chief of Barna Group, where she also serves as general editor of the Frames book series. She previously served as an editor at Christianity Today, and as editorial director at Relevant Magazine. She speaks, trains, and consults in the areas of faith and culture, Millennials, social justice, and church leadership.

Before we begin, I’d like to issue a friendly warning to parents that some the subject matter we are going to be discussing today might not be suitable for young children, so please use your discretion. You can also tune into the show later on the NC Family website at ncfamily.org.

ROXANNE STONE: What we saw when we asked this question, we listed a number of bad things a person could do, and we asked people to rank how bad those were. We asked all of the generations, and so when you look at teens and young adults in particular, you see three things that we asked that were porn-related are literally the last three things on their list of ranking, so they rank them as lower than any of these other “sinful” things that you can do. And then we saw that teens and young adults, the worst thing on their list of a bad thing to not do is to “not recycle.” And then we saw thinking negatively about someone with a different point of view was after that. And then way down on the list was viewing pornographic images, erotic or pornographic content, and watching sexually explicit scenes on TV or on a movie, those are the bottom three things that are ranked. And it’s a little different for adults so we see a real shift from the 25 and up compared to the 25 and under. What you’re really seeing in terms of that shift, there’s also a real sense of when you look at the teen and young adult rankings of just anything that really affects someone else is ranked quite high on their list, and there’s a real sense for them I think that viewing pornographic images is really something that’s just a personal decision, and it really only affects you, and it’s really only about your personal morality. Whereas, not recycling, that’s like an entire society perhaps, the whole world. Really as Millennials, we’ve been brought up to be part of a very pluralistic society so that we’ve privileged that as a very high value in our society. So there’s plenty of cultural effects of pornography that isn’t recognized there.

ROXANNE STONE: Sure, I just want to add this in: churches and Christians are already making a difference. We saw when we did the study that practicing Christians, those who attend church regularly and say faith is very important to their life, they are so much less likely to be using pornography on a regular basis than the general population. We saw age, gender, and faith are really the three biggest factors in frequent porn use. And so women are much less likely to use it than men, young adults are more likely to use it than the rest of the generations, and practicing Christians are much less likely to use it than the general population. And so there’s something to celebrate there already, certainly, and recognize the ways that we’re already equipping people just through discipleship, through church attendance, to fight back against this. But even so, we see that the third most likely group to be using pornography is male practicing Christians, ages 13-24, so 41 percent are using it on a regular basis. So it is still a problem. One of the findings in the study that really opened all of our eyes is how few pastors and ministry leaders feel equipped to do anything about this. It’s such a huge problem, and there’s such a sense of really paralysis in terms of how to fight this, because it does feel ubiquitous, it does feel like you’re fighting against this massive cultural tide, and you hear people say, “Oh we just assumed you were looking at pornography.” The anonymous factor is huge, people aren’t going to come to some pornography workshop, and or small group accountability kind of thing, like they’re just not going to, and those kind of things aren’t working in the same way that they maybe used to. We did a controlled group of Christians who were using filtering accountability software, and we found that those groups were much less likely to be viewing porn. Those kinds of software filtering accountability really do seem to work. And for parents, [what they can do] is just to have conversations with their kids, and recognizing that this is part of their life, so not sort of side-stepping it or being afraid to talk about it because they are talking about it with their friends, and it is part of their life. So [talk] about it with a sense of mission in terms of how you talk about it, not just saying this is wrong, don’t do it, but helping kids understand why this is dangerous in terms of sexual ethic, thinking about what a healthy sexual ethic looks like, and what it’s going to look like to have a healthy sex life and relationship with a future spouse. Being able to talk about how this is [porn] is a real counterfeit; pornography is not what sex really looks like. And that’s going to require parents to be vulnerable and be able to talk about like what is it about porn that is not quite real, so it doesn’t feel like such a taboo subject and kids sort of feel like there’s something really good about abstaining from pornography, not just because it’s wrong, but because it will hurt something that’s ultimately good. So, if we can reframe the conversation, so it’s not so much about shaming, but about celebrating what is good, I think those are some of the best ways that we can approach it as parents and as ministry leaders.

ROXANNE STONE: You can find all of our initial release at barna.org, and we will be releasing the full study in April. So you can sign-up to pre-order that now at a discount.