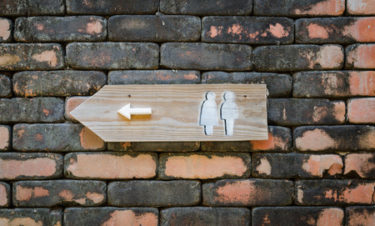 A policy change scheduled for consideration by the Charlotte City Council on February 23 would allow men to use women’s restrooms and women to use men’s restrooms based on their “sexual orientation,” “gender identity,” or “gender expression,” not on their biological sex. Such a change would make Charlotte the first city in the state to adopt a hazardous “public accommodation” ordinance allowing individuals to select which bathroom facilities they use on the basis of these self-identifying characteristics.

“We urge citizens from across the state, especially those who live in Charlotte, to contact the Charlotte City Council in opposition to this dangerous proposed policy change,” said John L. Rustin, president of the North Carolina Family Policy Council. “If adopted, these ordinances will not only put children at great risk, but they will be used as a hammer in an attempt to force local business owners to embrace ‘sexual orientation,’ ‘gender identity,’ and ‘gender expression,’ even if doing so would violate their constitutionally protected religious liberties.”

(Contact information for Charlotte City Council members is provided below.)

Similar “anti-discrimination ordinances” in other states have caused small business owners – especially those close to the wedding industry, including florists, photographers, bakers, and bed-and-breakfast operators – to decide between violating their sincerely held religious beliefs about sexuality and marriage or paying severe penalties and even facing the closure of their businesses.

In a city council meeting on February 9, several council members raised concerns about the impact the proposed policy could have. Council member Ed Driggs commented, “I think there exists in our community, still, a concern about exposing children, for example, at an early age, to kind of the complexity of gender identity issues.” Council member Michael Barnes, stated a similar concern, “If I send one of my daughters into a public bathroom, and I see (a man) going into that bathroom, I am going to have some concern.”

Undoubtedly, many citizens in the Queen City and across North Carolina share the concerns expressed by Mr. Driggs and Mr. Barnes.

In addition to amending the public accommodation ordinance, the proposed policy amendments also would add “marital status, familial status, sexual orientation, gender expression, and gender identity” as protected categories to three of the city’s other non-discrimination ordinances dealing with:

Following debate over the proposed policy changes on February 9, the Charlotte City Council voted 7 to 4 to add the measure to the Council’s business agenda on February 23.

Contact members of the Charlotte City Council to express your concern about these proposed changes: