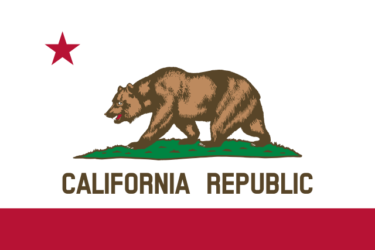 A bill that is quickly moving through the California State Legislature has religious liberty advocates worried that certain Christian books and counseling recommendations could be banned throughout the state. Alliance Defending Freedom Attorney Matt Sharp explains that AB 2943 would make it “unlawful for any person to sell books, counseling services, or anything else that helps someone overcome unwanted same-sex attraction or gender identity confusion. As a result, it could be a violation if a pastor encourages a congregant to visit the church book store to purchase books that help people address sexual issues, perhaps including the Bible itself, which teaches about the importance of sexual purity within the confines of marriage between a man and woman.”

According to Assembly Bill 2943, passage of this measure would make it an “unlawful business practice” to engage in “a transaction intended to result or that results in the sale or lease of goods or services to any consumer” that entails or includes “advertising, offering to engage in, or engaging in sexual orientation change efforts with an individual.” The bill defines “sexual orientations change efforts” as “any practices that seek to change an individual’s sexual orientation. This includes efforts to change behaviors or gender expressions, or to eliminate or reduce sexual or romantic attractions or feelings toward individuals of the same sex.”

Russell Moore, president of the Southern Baptist Convention’s Ethics and Religious Liberty Commission, warned that the bill “goes to the very foundations of free speech and religious liberty and is both reckless and harmful.” He went on to say, “This bill essentially outlaws views of sexual ethics held by most Christians, Orthodox Jews, Muslims and many others, all over the world and throughout history. If passed, it would have a chilling effect on religious institutions teaching their own beliefs, and would be a harm to all citizens, religious or not, by eroding basic First Amendment protections.”

California has had a number of recent incidents that have religious liberty advocates worried about the state with the largest population in the country. In 2016, the California State Legislature considered a bill that would have punished faith-based colleges and universities for holding traditional views on marriage and sexuality, and in 2015 it passed a law that forced pro-life pregnancy centers to advertise the availability of free or low-cost abortions by posting notices in their clinics, in their printed materials, and on their website. (The U.S. Supreme Court recently heard oral arguments in a case challenging the constitutionality of this law.)