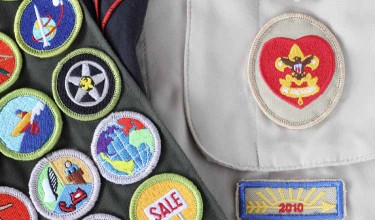 These scenarios were presented in a national survey Boy Scouts of America (BSA) distributed to 1.1 million adult volunteers and Scouts’ parents in March 2013. The survey questioned respondents about their support for the BSA’s long-standing policy that prohibits membership to “open or avowed homosexuals.” A resolution on the policy is slated for consideration by the approximately 1,400 members of the BSA National Council this May (2013). Under the resolution, the BSA would grant membership to youth who identify as homosexual, while maintaining the prohibition on membership for openly homosexual adults. Over a decade after the U.S. Supreme Court upheld the constitutionality of the BSA’s policy on homosexuality, the national youth organization continues to face mounting pressure to allow open homosexuality in its ranks. In recent years, this effort has gained a number of outside allies, including big corporations, the media, some mainline liberal churches, and various political leaders. The BSA’s proposal to change its membership policy regarding homosexual youth is a compromise it hopes will please both sides of the debate. However, both homosexual activists and pro-family organizations have criticized the resolution—with one side saying it does not go far enough, and the other viewing it as opening the door for the eventual promotion of homosexuality in the Scouts.

How the BSA National Council votes on the membership standards resolution will determine the future mission and values of the Scouts, and whether, in the near future, open homosexuality will be presented as acceptable to the millions of elementary and adolescent boys involved in Scouting.