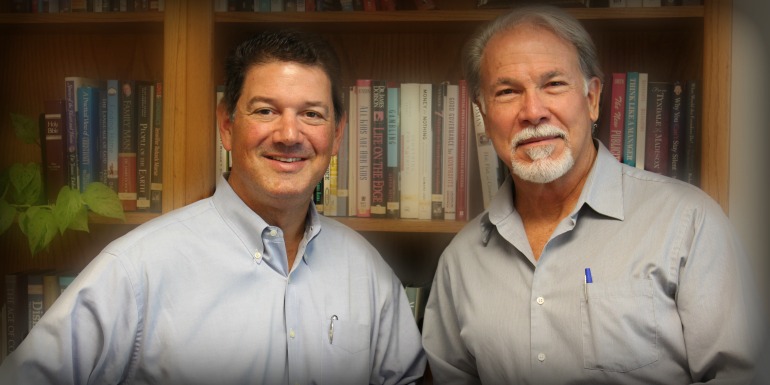 Dr. Russell Moore, President of the Ethics and Religious Liberty Commission, the public policy arm of the Southern Baptist Convention discusses racism, and the responsibility of Christians to address it. 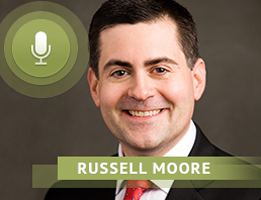 Thank you for joining us for this week’s special Focus on Faith edition of Family Policy Matters. Today we will be discussing racism and the responsibility we Christians have to address it as sin.

Our guest today is Russell Moore. Russell is the President of the Ethics & Religious Liberty Commission of the Southern Baptist Convention, the moral and public policy agency of the nation’s largest Protestant denomination. He is a frequent cultural commentator, and the Wall Street Journal has called him “vigorous, cheerful, and fiercely articulate.”

He is the author of several books, including Onward: Engaging the Culture without Losing the Gospel. He is an ordained Southern Baptist minister, a theologian by background, native Mississippian, husband and father of five sons.

Russell Moore, welcome to Family Policy Matters. It’s great to have you on the show today, Sir.

RUSSELL MOORE: It’s an honor to be with you. Thanks for having me.

THOMAS GRAHAM: Russell, let’s just plunge right in here. What exactly is racism, and why is it raised to the level of being a sin?

RUSSELL MOORE: No, I think we see racism and the roots of racism going back all the way to Cain and Abel. When you have Cain, who is seeking that idolatry of self, wanting to put himself in a superior position over Abel because of his resentment toward his brother. And then we see that manifesting itself over and over and over again in the scriptures. And God is having to continually remind His people that humanity is a whole. Even right when you come into the New Testament and there’s a great deal of opposition to the Gospel going to the nations, and you see even in Galatians 2 the Apostle Paul confronting even Simon Peter. The magnificent Apostle chosen by our Lord, is confronted because he wouldn’t eat with Gentiles. So, I don’t think it’s a uniquely American issue, but it certainly is bound up in American history from the very beginning.

THOMAS GRAHAM: Russell, today when we look at racism, could you discuss or share your view on some of the root causes of racism and how can we more effectively address those?

RUSSELL MOORE: I think the primary main root cause is idolatry. There’s something in all of us that wants to say, “I am better and I am greater and I am more deserving and I am more entitled than anyone else.” I think that’s the root cause and I think it manifests itself in lots of different ways. One of the problems that, sometimes, white Christians will have is thinking that because there’s not a sense of personal rage against people of other ethnicities, then that means that these issues are just not a concern. Where in reality, often these issues of racial differentiation show up even in what one notices. So a pastor, a friend, an African American pastor friend, we were sharing prayer requests one day and he said, “Pray for me because my son is going off to college. I’m helping him with his applications and there’s one particular school that I don’t want him to go to because I just don’t think it would be safe for him as a young black man to be in this particular place.” And I realized at that moment, that was something I would never have to think about as I’m working through college options for a son. So I think that’s one of the manifestations there.

RUSSELL MOORE: I think both! I think that we see some positive things, obviously, that have happened over the last 50 years in terms of Civil Rights, Voting Rights: We don’t have segregated lunch counters anymore; We have a great deal of progress that has been made. On the other hand we also see, not just in the United States but all around the world, racial hatred and racial injustice continuing to happen. One of the problems is, sometimes it becomes even worse when we assume, “Well, all that’s behind us. It’s all been taken care of. We can just move on.”

THOMAS GRAHAM: Who needs to come together, do you think, and who is coming together to address racism in society today?

RUSSELL MOORE: I think all sorts of groups need to come together and talk with one another and work together, but I think the primary place that I’m concerned about is within local congregations. The Bible speaks of the local church as being more than just a gathering of people together. It’s an Ephesians 3 sign to the principalities and powers and one of the key manifestations of that sign is unity of people who may have nothing else in common except for the blood of Christ and the Holy Spirit. As long as— Martin Luther King famously said, “Eleven o’clock on Sundays is the most segregated hour in America”—we’re really not sending that message to the devil of what the unity of Christ actually achieves.

THOMAS GRAHAM: Do you think it is possible for a country like America, that has such atrocities as slavery and lynchings and segregation in its history, to ever move past those hurts into a completely healed and unified community?

RUSSELL MOORE: I think so, if with that comes repentance and constant awareness of what has happened in the past and what could happen in the future. So on a personal level, I have a friend who was addicted to alcohol and drugs before he came to know the Lord, and he had just a remarkable turnaround and one of the things that happened with that is that he now is devoting his life to ministering to people who are in the situation he was in, in terms of substance abuse. And at the same time, he recognizes his own vulnerability and so he’s watching his own heart and his own life all the time, putting protections in place so that he doesn’t go backward. I think the same thing applies to a society in many ways. In many ways, a society who has dealt with these issues of injustice sometimes is able then to speak to them out of one’s own experience, out of a country’s own experience. But also having to constantly watch and say, “How did we get into this situation, and how do we avoid getting into it again?”

THOMAS GRAHAM: Russell, how would you encourage those on the receiving end of racism to respond?

RUSSELL MOORE: I would encourage them to—as Dr. King pointed out, silence only continues oppression—and so the response is not to respond with more hatred and more evil. Obviously Romans 12, you don’t overcome evil with evil, you overcome evil with good. That doesn’t mean you overcome evil with silence or with just a shrug of the shoulders and “This is the way that it’s supposed to be, or it’s just the way that it is, who can do anything about it?” Instead, the response needs to be one that says, “My response here is going to build precedence for people who are going to come along in the future.” So if you have someone, for instance, in a workplace who is dealing with racial discrimination, that person coming forward and saying, “This is not right,” is not just speaking up for himself or herself, but also for whoever else might be in that workplace coming down the line.

RUSSELL MOORE: You can see a common thread whether one is looking at, for instance: people suggesting that babies with Down syndrome ought never to be allowed to be born; or people who are suggesting that those who have disabilities, or terminally ill, shouldn’t be allowed to have life; or those who would suggest that we shouldn’t really care about the way the pornography industry is trafficking and dehumanizing women. All of those issues, I think, are built on a fundamentally satanic view of humanity that says that human worth and human value is determined by power, and power as the world defines power. Which is of course, as Christians, that is exactly the opposite of what we believe as those who follow a crucified Christ, who believe that power comes through weakness. And so, we don’t judge who is valuable based upon what does society see as strong right now, whether that’s in terms of physical strength or whether that’s in terms of numbers of people. We have a different view.

THOMAS GRAHAM: Yes. I’m sure in your place of service to the body of Christ at large, but even within the context of your own denomination, you’ve played a major role in helping Christians, God’s people, to understand that they have a responsibility to play in addressing the topic of racism. As we begin to close out this interview today Russell, would you mind just commenting on that. What role are Christians of all denominations called to play in addressing the topic of racism?

RUSSELL MOORE: I think the main thing is what the scripture calls us to in Galatians, chapter 6, which is to bear one another’s burdens. And so that means that we need white Christians who are asking the question, “What burdens are being born right now by my black brothers and sisters in Christ, or my Hispanic brothers and sisters in Christ, or others?” And that means to say that that’s my issue too because anything that is being faced by one part of the body of Christ is being faced by all of it. So I think that’s a primary issue. And then also just saying, I need to be constantly asking whether personally or congregationally, or in terms of my place as a citizen, “Where am I contributing to this sort of injustice, and how do I then work to undo that?”

THOMAS GRAHAM: Russell, I’m sure our listeners are really going to appreciate the value of your remarks today, and I so thank you. As we bring this interview to a close, where can our listeners go to learn more about this topic, and in particular, your work?

RUSSELL MOORE: We’re going to be hosting a big conference in Memphis coinciding with the 50th anniversary of the assassination of Martin Luther King, about how the gospel speaks to all of these issues, MLK50, the first week of April. And listeners could find out about that at our website erlc.com and we’d love to see some of them there.

THOMAS GRAHAM: Russell, thank you very much for being with us on Family Policy Matters today and for your courageous and faithful work. God bless you my friend!

RUSSELL MOORE: God bless you. Thanks for having me. It’s been an honor to be with you.