Arrest of Kentucky Clerk Shows Value of SB2 in NC! 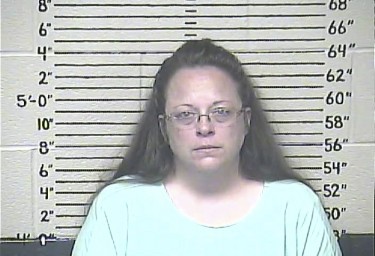 As County Clerk Kim Davis languishes in a Kentucky jail for standing by her religious conviction that marriage is only the union of one man and one woman, and for refusing to issue marriage licenses to same-sex couples, North Carolina residents are getting a glimpse of the importance of protecting religious liberty rights. Thanks to the passage of Senate Bill 2—Magistrates Recusal of Civil Ceremonies earlier this year, certain public officials in North Carolina have the ability to recuse themselves from participating in civil marriages “based upon any sincerely held religious objection.”

“Fortunately, North Carolina has already addressed this issue in state law,” said John L. Rustin, president of NC Family. “Nonetheless, we encourage citizens across our state and nation to pray for Kentucky County Clerk Kim Davis and others like her who are standing by their sincerely held religious beliefs about marriage in the face of growing animosity, persecution and even prison. Clearly, more extensive legal protections are necessary to guard all Americans’ fundamental religious liberty rights, which are guaranteed by the Constitution.”

TAKE ACTION: In addition to praying for Ms. Davis and others, please take time this Labor Day Weekend to call:

…to thank them for the passage of Senate Bill 2. North Carolina would not have these protections in place now without the strong leadership of these two men, especially considering the fact that the bill was vetoed by Governor Pat McCrory and required veto override votes by a supermajority of members in both the State Senate and State House!