Are You Being Manipulated? 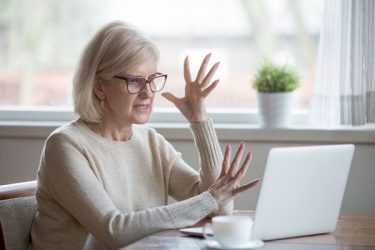 Big news recently on the social media front is action by Facebook and Twitter to ban accounts that were set up by the Chinese government. According to a statement on Twitter’s blog, the suspended accounts were designed to spread propaganda aimed at discrediting protests in Hong Kong. “We have reliable evidence to support that this is a coordinated state-backed operation. Specifically, we identified large clusters of accounts behaving in a coordinated manner.”While it’s no surprise that such accounts exist—we heard quite a bit about this related to the 2016 U.S. presidential election—the number of accounts and the fact that this strategy is still alive and well is a startling reminder.

On Monday, August 19, Twitter announced it shut down 936 accounts, which were based in China and set up under fake accounts by the Chinese government. Facebook removed seven pages and three groups that they believed are linked to the misinformation campaign. Twitter and Facebook (and YouTube) are banned in China, so the campaign was primarily aimed at influencing sentiment outside of their borders. The story gets even more interesting when you consider that Twitter, in total, removed 200,000 accounts that are part of what they call a “larger, spammy network” in China.

Keep People Angry
Manipulating public opinion through social media is a lucrative business, whether one is trying to influence people’s actions or separate them from their hard-earned cash. It’s well documented among media observers that, if you want to get noticed (likes, retweets, shares, etc.) or if you want to raise money, you need to make people angry. An article from the Foundation for Economic Education, called The Media Needs To Keep You Angry. Don’t Feed Into It, contends: “News media’s digital revenue depends upon keeping people clicking on their stories, and anger is a proven motivator for generating clicks.”According research published in the Journal of Marketing Research, it’s the most effective motivator. And it has a name. It’s been dubbed “rage profiteering.”

So, the next time you feel motivated by anger or frustration to share, tweet, comment or rage about something you read on social media, stop and ask yourself, “Am I being manipulated?” or “Is my response feeding a false narrative driven by someone else’s agenda?” In other words, “Am I Being Used?”

Instead, try meeting a friend for lunch who thinks much differently than you and seek to engage in a civil conversation. Ask that person what they think about the issue, and then listen patiently, and make a genuine effort to understand where they are coming from. These kinds of discussions can take some practice—and it always helps to do a little research before you go, so you can clearly present your side of the issue—but they can build important bridges and challenge you to dive deeper and beyond the “talking points” of an issue.

Here at NC Family, it’s our goal every day to communicate on issues using research, sound reason and a “dispassionate passion.” We endeavor to see the humanity in others, even as we work hard to oppose policies that are bad for families and communities, and that run counter to the biblical values we strive to uphold. Research the issues on NC Family’s website. Print out some articles and take them with you. We would be honored to be your partner as you seek to be a voice of persuasion for family values in your community, one conversation at a time.