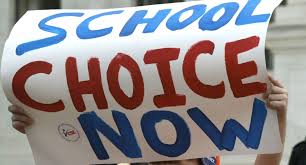 School choice has been a subject of debate for years now, and has recently come under renewed attack through a bill introduced in the North Carolina General Assembly that would abolish the Opportunity Scholarship Program. But the Opportunity Scholarship Program is just one of the many school choice programs in our state and nation, and this wide variety of options varies greatly in form, function, and effectiveness.

There have been over 150 studies on the effectiveness of school choice programs, and the Indiana-based nonprofit EdChoice recently did an in-depth review of all of this research. Marty Lueken, Director of Fiscal Policy and Analysis for EdChoice, joins Traci DeVette Griggs on this week’s Family Policy Matters radio show and podcast to discuss the findings from this review.

“Overall the research tilts positive,” shares Lueken. “Nearly every study that we reviewed—29 out of 30 total—found that parents participating in private school choice programs are more satisfied with their chosen private school than their previous school.”

“These programs are family-centric, and they are student-centric. […] And when you expand access and increase the kinds of educational options that are available for all families—not just the privileged ones—then everyone benefits.”

Tune in to Family Policy Matters this week to hear Marty Lueken unpack the breadth of research that exists on school choice. 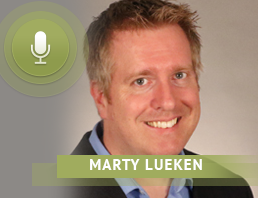 TRACI GRIGGS: Thanks for joining us this week for Family Policy Matters. Programs that promote and help pay for school choice are a hot topic politically, and they vary quite a bit between states in form, function, and effectiveness. Here in North Carolina, we have charter schools (which are public), special-needs scholarships, Opportunity Scholarships, and education savings accounts, which are all designed to provide parents with more choices in where to send their kids to school. With over 150 empirical studies on the effectiveness of school choice programs, that can make the evaluation seem overwhelming.

Marty Lueken is here to help us with that. He is Director of Fiscal Policy and Analysis for EdChoice, which has recently done an in-depth review of the available research on school choice programs in America.

MARTY LUEKEN: Thank you for having me on, Traci.

TRACI GRIGGS: For your report, you looked at seven different factors. What are they, and why did you choose those?

TRACI GRIGGS: So what kinds of school choice programs does your report evaluate?

MARTY LUEKEN: Our report looks at the research on private school choice programs only, and that’s not because we think that that’s the best program for kids. It’s actually our view that all families should have access to the educational environment that best fits their needs, whatever that may be. But our publication focuses on private school choice programs, and that includes school voucher programs, tax credit scholarship programs, and education savings accounts, or ESA programs.

TRACI GRIGGS: Okay, well that’s good to know. What did you find when looking at the personal outcomes of school choice programs?

TRACI GRIGGS: What are some other outcomes that you found?

I want to say that it’s also important to recognize that these programs vary greatly in how they’re designed to regulate it. Some are more heavily regulated than others. Some use the state accountability test for example; others do not. They’re funded differently. They operate in different geographies. They’re available to different groups of families and students. Louisiana’s experience I think provides a good example of how context is important to understand what these results can tell us. Results on test score outcomes were negative and surprising, but Louisiana’s program tends to be more heavily regulated than most other programs. And so, a consequence of how this particular program was designed was that two-thirds of all private schools in Louisiana declined to participate in the program. Researchers compared schools that basically said, “No thank you,” compared with the one-third of schools that did sign up for the program. And what they found was interesting: that schools with higher tuition levels and growing enrollment were less likely to sign up. So, I think that suggests that what we got were the lower quality schools ended up signing up for the program.

TRACI GRIGGS: Is another takeaway then that just because somebody can get some assistance to go to a private school does not necessarily mean that’s going to be a better school. We still as parents have to do our homework, don’t we, and check things out?

MARTY LUEKEN: That’s true. But I think the other consideration too is that even based on this one measure, you know it might not look so good, but there may be other reasons that parents are choosing to send their children to that school. There may be other things that that school is providing them. Parents do care about a lot of things based on our survey work; we know this. They do care about things like inculcated moral values; they care about safety, and it’s just that academics and test scores may be just one thing that some parents care about.

TRACI GRIGGS: And I think that’s a great point. There are some things that are just not measurable that certainly could make that worth it for them. So good point. Talk a little bit about the societal outcomes of these programs. You mentioned that you studied those as well.

MARTY LUEKEN: Yeah, so there is a body of empirical research on the effects of private school choice programs on racial integration and civic outcomes. And again, we see that the results tend to be positive. That is, when states introduce programs that promote education and opportunity for families, we tend to see that schools become more integrated. And we also see that these programs tend to have positive effects on students exhibiting tolerance for the rights of others. On civic knowledge and participation, students are more likely to volunteer as well as an increase of older behavior. And then, what I find interesting also is that one of the most frequent criticisms about educational choice programs is that they siphoned resources from public schools and harmed students, you know, by somehow leaving them behind. And so that is an empirical question, and that’s also been evaluated with the data which we cover in our publication when we review that. And put plainly, the body of rigorous research does not support that claim that these programs are draining resources and harming students. So for example, 27 studies have examined the effects of these programs on test scores of students who remain in public schools. And almost every one of them finds that students experienced modest positive gains in test scores, in math and reading test scores. And when it comes to the fiscal effects, the evidence again is overwhelmingly positive. These programs generate large fiscal benefits for taxpayers. And that shouldn’t be a surprise, if that makes sense, because these programs have largely been designed to do this. That is, these programs are publicly funded at a much lower level when compared to how much taxpayers are funding their public-school systems. And in many cases the cost of these programs per student is less than half of the per student cost of the public-school system.

TRACI GRIGGS: Interesting. So, what overall did you find were the biggest strengths or benefits of school choice programs nationwide?

MARTY LUEKEN: I think it’s quite simple. These programs are family-centric, and they are student-centric. These programs promote educational opportunity by providing options for countless families across the country. And when you expand access and increase the kinds of educational options that are available for all families, not just the privileged ones, then everyone benefits, and families have more opportunity to find the right fit for their child because of these programs. And so I think what we need is a system that empowers parents to have access to alternatives in case the default, you know, school doesn’t work well for them. And these programs put parents in the driver’s seat.

TRACI GRIGGS: So, as you said, public schools work for some people, and they are satisfied with that. But of course, there are some failures in the public schools but also in private schools. So, what are the weaknesses, particularly in the programs that are supporting the private school choice programs?

MARTY LUEKEN: I think that states should take care with these programs by not making them too narrow. Of course, we want programs that serve those most in need, but I think we also want programs where the constituency can defend the program. Educational choice programs are routinely under threat and under attack. So, I think that for one, opening the program to the middle class would help to push back against some of these threats and help to protect these programs. Also, regulations and policy design is also very important. You want to get the policy right; you want the right regulatory framework. I think that you want a program with low barriers to entry; you also want the right protections of course. But you want to have a condition so that a diverse set of quality educational providers are willing to participate.

MARTY LUEKEN: Yeah, so there were three studies that are older studies. They examined a privately funded scholarship program in Charlotte. Those studies found that students who used the scholarship to attend a private school scored higher in math and reading than students who remained in public schools. Also, parents who participated in the program were also more likely to assign higher letter grades for their private schools that they chose than public-school parents, and they were also much more likely to report being very satisfied with different characteristics about their private schools, such as safety, teacher quality, class size, teaching moral values, and so forth.

More recently there was a study by a team of researchers at North Carolina State University. They looked at the experience of the parents who applied to North Carolina’s Opportunity Scholarship Program, and what they found was the parents who used a voucher appeared satisfied with the program. 71 percent of parents who used this program reported that they were very satisfied with certain school characteristics. Again, safety and instruction and character and values were high up on the list. Parents who participated in the program were also more likely to rate their children’s schools higher than the schools that they left out. A third of the parents noted that they left the public system because of school quality. One quarter of parents left over concerns with school safety. The researchers also studied why some parents who applied to the program did not use their vouchers. And as you might imagine, there were many reasons for families that did not use a voucher. The biggest reason was related to cost. So even with the voucher, which is worth up to about $4,400 per student, the private tuition and fees were too much for the families to afford. And so, some families who use vouchers needed to find ways to supplement tuition. But overall, you know, it’s encouraging when families benefit from choice programs like North Carolina’s.

TRACI GRIGGS: Well, very interesting. Well, we are just about out of time for this week. Before we go, Marty, where can our listeners go if they want to dig deeper and get a copy of EdChoice’s report entitled, The 123s of School Choice?

MARTY LUEKEN: Well, we have all kinds of tools and information about educational choice programs at www.edchoice.org. If you get to the report, just click on “Menu” and then “Research,” and you’ll be able to read and download all of our publications.

TRACI GRIGGS: Wonderful. Marty Lueken with EdChoice, thank you so much for sharing your findings on school choice and being with us today on Family Policy Matters.