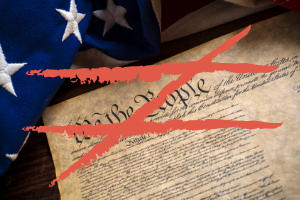 NC Family has become aware that a vote on H.R. 5, the so-called federal “Equality Act,” is scheduled to take place on or before May 17 in the U.S. House of Representatives. Please contact your U.S. House member through NC Family’s Action Center and strongly urge them to oppose this incredibly harmful and discriminatory legislation!

H.R. 5 is far from a bill about “equality.” In fact, it would elevate “sexual orientation” and “gender identity” to legally protected status in federal civil rights laws, placing these categories on the same tier as race, age, sex, and national origin.

The bill defines “sexual orientation” as “homosexuality, heterosexuality, or bisexuality,” and “gender identity” as “the gender-related identity, appearance, mannerisms, or other gender-related characteristics of an individual, regardless of the individual’s designated sex at birth.”

Essentially, H.R. 5 would elevate the sexual behaviors and self-determined identity of a select group of people to a heightened legal protected status, while punishing everyone else who may disagree under the guise of establishing “equality.”

The Equality Act also violates privacy rights and impacts parental rights, school curriculum, ministries, and faith-based nonprofits, just to name a few. The bill is the consummate example of big government pushing into people’s homes and lives and attempting to force compliance with a radical, left-wing political agenda. If H.R. 5 passes, parents risk losing their children, business owners their businesses, women their privacy and safety in bathrooms and public changing areas, churches their nonprofit status and ability to serve in the community, and female athletes their scholarships and spots on athletic teams.