POV: A Nobel Cause 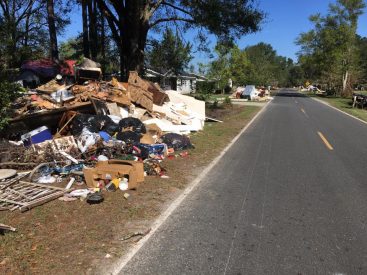 “Throughout history there are Christians who chose to run into the brokenness, not away from it. And one just won the Nobel Peace Prize.”  —John Stonestreet

A group from our church spent last Saturday tearing out the inside of a flooded out home in Eastern North Carolina. It took 18 of us working for a good part of the day to tear out the kitchen cabinets and appliances, hot water heater, and a soaking linoleum floor. Then, we marked and cut the drywall above the water mark, pulled the waterlogged sections off with crow bars and sledge hammers, and pried up floorboards that were badly warped in several rooms and the hall. We were exhausted but happy to help the homeowner, who cried when she saw us drive up that morning.

On our way home, I was describing our day to a 30-year-old California resident who happens to be my daughter. Her first reaction was: “Only 18 went?” In her mind, she said, there is nothing more “Christian” for the church to do than to drop everything and run to help when neighbors are in dire need.

Of course, many more than 18 have gone from churches all over the state. Christians from other states have poured into North Carolina after the latest hurricanes. Many volunteers are selflessly sacrificing their own comfort to provide labor, prayers, and an encouraging word to those who need it so much right now.

But even though the waters have receded and it’s no longer the top story on the 24-hour news cycle, our neighbors are still suffering. Isn’t it even more “Christian” to run into the mess when the world is no longer watching?

Earlier this month, the Nobel Peace Prize was awarded to a man who has continually “run into the brokenness.” His name is Denis Mukwege. He is a surgeon who was trained in France but chose to set up a hospital in the Congo, specifically to help women who were brutally raped by an army that uses sexual violence against women as a weapon of war. Mukwege nearly lost his life after he loudly criticized the Congolese government for not condemning this atrocity. But after hiding out for a time, Mukwege returned to continue his work. 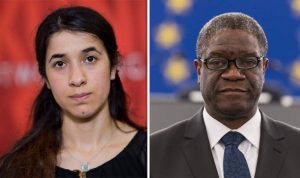 Mukwege was co-recipient of the Nobel Peace Prize along with Nadia Murad, a woman who was one of the many victims of the sexual violence against women as a weapon of war. After escaping captivity, she has taken to the world stage to bring attention to this horrendous wartime strategy and to call for an end to it.

In comparison to these and many other similar sacrifices in the name of Christ, it seems a light burden indeed to take a few days out of our vacation or weekend to lend a much-needed hand to our flood-besieged brothers and sisters in eastern North Carolina. The need will exist for months and, likely, years.

According to the North Carolina Baptist Men and Women Disaster Relief Ministry, “we currently have approximately 2000+ jobs waiting to be completed. You don’t have to be trained. Please give a day, a weekend or a week.” You do not need to be Baptist to sign up.  You can sign up a group or as an individual. Click here to volunteer.

North Carolina Methodists are working in Eastern NC as well, mobilizing volunteers and collecting and distributing much-needed supplies. Click here to see how to help.

Catholic Charities of the Diocese of Raleigh says, “We are currently focused on getting needed supplies to families in the impacted areas. Items we are distributing include non-perishable food and water, clean-up kits, hygiene items, and diapers and baby formula. […] As we move from immediate relief efforts to long term recovery, we will work with families to help them move into safe and stable housing. We expect staff across our service area to still be working with families in for at least the next two years.”

If you are not able to physically go, you can donate to any of the organizations above, or to the Red Cross or the Salvation Army.

During this contentious time in our nation, as we grapple with so many issues that seem to divide us, what a joy it is to reach out to those who are simply trying to figure out where they are going to live and how they are going to rebuild their lives. Not only does this help reboot our own perspective on what is truly important, it might also serve as a beacon of hope for a watching world.

“In the same way, let your light shine before others, so that they may see your good works and give glory to your Father in heaven.” Matthew 5:16