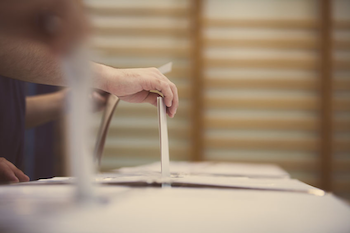 The constituents of North Carolina’s 9th Congressional District will have to wait a little longer for representation in U.S. Congress. At the end of an evidentiary hearing that lasted four days, Mark Harris, the unofficial winner of the race, declared that he thought there should be a new election: “It’s become clear to me that the public’s confidence in the 9th District seat general election has been undermined to an extent that a new election is warranted.” Shortly after this statement, the NC State Board of Elections voted unanimously to call for a new election.

The hearing revealed substantial evidence that McCrae Dowless, a man contracted by the Mark Harris campaign, had instructed his associates to engage in the collection of absentee ballots, which is illegal. Harris’s attorney David Freedman stated during Thursday’s hearing that “we agree the actions that occurred in Bladen County likely affected the election.” While the purpose of the hearing was solely to determine whether a new election was warranted, a criminal investigation is expected to follow, and “no one who testified during this week’s hearing has immunity,” according to Wake County District Attorney Lorrin Freeman. Mark Harris, who had been the presumed winner of the race by 905 votes, took the stand in the final day of the hearing and made it clear that neither he nor his campaign leadership was aware of “the improper activities that have been testified to in this hearing.”

Once the State Board of Elections has announced the dates of the new primary and general elections for the 9th Congressional District and candidates have lined up, NC Family will send each candidate questionnaires used in our 2018 Voter Guide. We will make the candidates’ responses available so constituents can make well-informed votes in this new election.