A Call to “Constitutional Resistance” 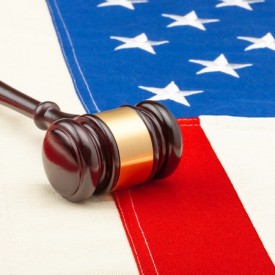 Many of us are still reeling from the U.S. Supreme Court’s 5-4 decision in Obergefell v. Hodges this summer that forced marriage redefinition on all 50 states. As we continue to grapple with important questions surrounding how to respond to that ruling, over 60 prestigious legal scholars are calling on American officeholders and other citizens to actively resist Obergefell. Led by Princeton Professor Robert George, the scholars released a statement on October 8 that advocates “constitutional resistance” to the legalization of same-sex unions.

The statement warns that accepting the Obergefell ruling as “binding law” will lead to a host of negative consequences, including: the denial of the “right to hold out as normative, and … desirable, the only type of human relationship that every society must cultivate for its perpetuation,” and the vilification and denial of First Amendment rights to those who continue to advocate the age-old understanding of marriage as the union of one man and one woman.

“We remind all officeholders in the United States that they are pledged to uphold the Constitution of the United States, not the will of five members of the Supreme Court,” the statement emphasizes. It asks all state and federal office holders to:

“To treat as ‘settled’ and ‘the law of the land’ the decision of five Supreme Court justices who, by their own admission, can find no warrant for their ruling in the text, logic, structure, or original understanding of the Constitution, would indeed be to resign our government into the hands of that eminent tribunal,” the statement concludes. “That is something that no citizen or statesman who wishes to sustain the great experiment in ordered liberty bequeathed to us by our Founding Fathers should be willing to do.”

In addition to Robert George, other key signers of the statement include: Brigham Young University Professor Lynn Wardle; University of Notre Dame Professor Gerard V. Bradley; Hadley P. Arkes, director of the James Wilson Institute on Natural Rights and the American Founding; Peter W. Wood, director of the National Association of Scholars; Professor Stephen M. Krason, Franciscan University of Steubenville; and Professor Christopher Wolfe of the University of Dallas. All signers can be found here.