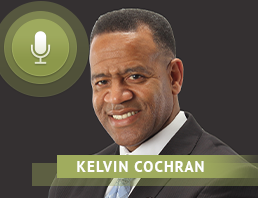 NC Family’s 2020 Annual Major Speakers Dinner in Greenville, NC on Monday, March 2, 2020 featured former Atlanta Fire Chief Kelvin Cochran. Chief Cochran spoke on the ways God prepared him to go through the sufferings he experienced when his religious liberties were violated, just as God prepares all of His sons and daughters for sufferings.

Click the video below to watch this remarkable address, titled “The Blessings of Sufferings.”

Chief Kelvin Cochran grew up in Louisiana, and he dreamed of being a firefighter. This dream became a reality when he was 18. During an illustrious career, Cochran was appointed Fire Chief of the Shreveport Fire Department and then of the Atlanta Fire Rescue Department. In 2009, he took a brief sabbatical as President Obama appointed Cochran to head the U.S. Fire Administration in the Department of Homeland Security. Cochran’s 34-year career came to an abrupt end in 2015, when he was terminated as Atlanta’s Fire Chief for writing a book, on his own time, for a Christian men’s Bible study that upheld the virtues of Biblical marriage and sexuality.

Chief Cochran sued the City of Atlanta for violating his constitutional liberties and in 2018 was awarded a major judgement. He now serves as COO of Elizabeth Baptist Church in Atlanta and is a highly sought after speaker, teacher, and author.