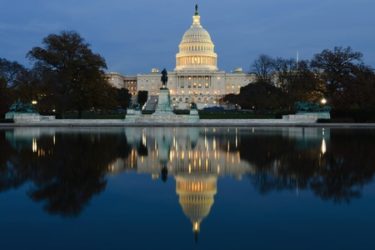 A pro-life bill, which could have saved the lives of thousands of unborn children each year, failed to gain the votes necessary to pass the U.S. Senate Monday night.  S.2311-Pain-Capable Unborn Child Protection Act, which would have placed a nationwide ban on abortions of babies 20 weeks or more after fertilization, did not receive the 60 votes necessary to make it out of debate and to a final floor vote. The final vote was 51-46.

“I was Speaker of the House in North Carolina for 4 years. We worked on commonsense changes to protect the lives of the unborn,” said Senator Tillis during the floor debate. “This is just another example of where we at the Federal level can enact a law that I think can help us to demonstrate that the life of the unborn is a precious life. We as members of the U.S. Senate and the U.S. Congress are tasked with making sure we protect all lives in America. This is just a very important, precious, helpless part of the population.”

A similar bill passed the U.S. House late last year, and President Trump had pledged to sign the measure into law if it were to pass through Congress and reach his desk.

“I have not given up this fight and I hope you will not either,” said Senator Lindsey Graham (R-SC), the primary sponsor of the Senate bill. “Together we must press on and continue pushing for protection of the unborn.” He later said on Twitter, “While today was a small setback, I have no doubt that we will eventually be victorious.”

For all those who responded to NC Family’s Action Alert last week, thank you! We will continue to work towards ensuring that life is cherished and protected in our state and nation!