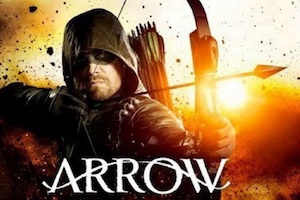 In the light of the most recent mass shootings, everyone seems to have a different theory on why it’s happening and how we can stop the carnage. Parents Television Council (PTC) says the “violent entertainment culture” might be the easiest and most logical place to start.

“The weight of scientific evidence suggests that there is no one single ‘cause’ for mass shootings,” says PTC President Tim Winter, “rather, there are a number of contributing factors, and exposure to violent media is among them. Shouldn’t we work to minimize each of the contributing factors? Don’t our children deserve that kind of measured and intelligent response?”

New research on comic book themed TV shows, called “Not For Kids Anymore,” gives a startling picture of the kinds of violence many children grow up seeing: “Young viewers were exposed to over 6,000 incidents of violence and over 500 deaths. The most violent program was CW’s Arrow during which young viewers witnessed 1,241 acts of violence, including 310 deaths, 280 instances of gun violence, and 26 scenes of people being tortured.”

Winter concedes that there are likely many reasons for the rise in mass shootings, however he contends that “the growing violence in our society will only change if everyone takes responsibility for fomenting a culture saturated in media violence. Hollywood, it’s time for you to take the lead.”