Upholding Truth in the Age of Non-Monogamy 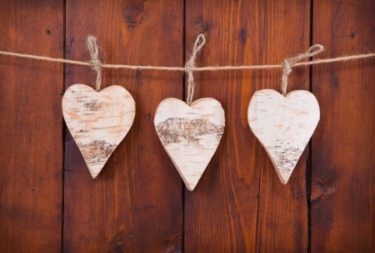 “Legalizing same-sex ‘marriage’ is not a stand-alone policy, independent of all the other activities of the state. Once governments assert that same-sex unions are the equivalent of marriage, those governments must defend and enforce a whole host of other social changes.”
—Jennifer Roback Morse, who wrote this seven years before the U.S. Supreme Court legalized same-sex marriage nationwide.

We have been warned loudly, clearly, and on numerous occasions: If we abandon traditional marriage, we will face societal consequences.

One of the costs of redefining marriage is the rise in acceptance of “polyamory,” defined as “consensual, non-monogamy” according to Luke Brenner’s “The Distinctiveness of Polyamory” in The Journal of Applied Philosophy. As Heritage Foundation scholar Ryan T. Anderson points out, “If marriage can be redefined to be sexually open, why should it be limited to two people in the first place?”

One recent example in March: a New York court granted “tri-custody” rights to three “once-throupled parents” (a married husband and wife and their female neighbor/lover) who had all had significant involvement in the life of the child, who was biologically born to the husband and neighbor/lover. Those who support this change hope this decision could “set solid legal precedent for future custody claims of parents in queer or polyamorous families, a necessary next step in a vision of parenthood and child-rearing that extends beyond the boundaries of monogamous marriage.”

This statement gives us a glimpse of the potential end game of a movement that desires complete sexual freedom, even at the expense of children. Charlotte Attorney Mary Summa laments, in an article for NC Family entitled, “The Changing Definitions of Parenthood,” how children are often ignored in the quest to satisfy adult desires. “The parent/child relationship is the strongest bond in human nature. Marriage is the best environment for children to thrive. Laws have recognized these facts and protected these relationships. Of late, those laws have been dismantled to accommodate the selfish whims of adults.”

As a young boy, James Lopez watched a polyamorous relationship play out in his own home, and today he is speaking up for the fundamental rights of children to be known and loved by their biological parents. “If the evidence shows that the best environment for children is the one provided by their mother and father, why willingly challenge this fact of life? Why not promote it instead?”

Astonishingly, the latest in reproductive technology allows for “three-parent babies” by mixing DNA from three people. Wesley J. Smith calls the practice “unethical human experimentation.” While it is not yet known how or if these “three parent” children will suffer psychological or physical damage from the procedure, testing on mice has shown that tampering with life to this extent could cause neurological disorders and metabolic conditions.

Clearly, affirming “poly” relationships abandons what is best for civilized society. Patrick Fagan, Ph.D., explains in his article, “Monogamy Versus Polyamory: The Clash of Civilization and Anti-Civilization,” how polyamory (defined by Fagan as “serial sexual relationships, before, after, or instead of, marriage”) is the “antithesis” of monogamy. “In the culture of monogamy, men are anchored in their families and tied to their wives and children through the free and deliberate focus of their sexuality. In the culture of polyamory, such sexual constraint by men and women is not expected nor is any attempt to foster such restraint considered acceptable, because at its core, polyamory treasures sexual license masquerading as freedom.”

Fagan argues that Western society is “based on and organized around lifelong sexual monogamy—that is, having a sexual relationship with only one person, a spouse, in a lifetime” and protects the “traditional, natural family.”

With today’s world accepting sexual freedom as the ideal, and technological advancements making the seemingly impossible possible, we must stand armed and ready to defend the truth about marriage and work to reinstate those values in our families and society.