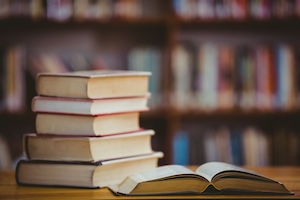 The State Board of Education voted to approve a revised draft of the proposed K-12 Social Studies Standards on Thursday afternoon. These Standards had become the subject of much controversy during the past couple of weeks, but ultimately, Board Members voted 7-5 to adopt “Draft 5” of the Standards. This new version includes a revised “Preamble” for Social Studies and directs instruction about racism, discrimination, and identity, among other topics. The approved standards, however, do not include terms (from Draft 4) like “institutional discrimination,” “systemically denied,” and (from an earlier version) “gender identity,” which had caused the greatest concern among many.

As we reported earlier in the week, NC Family submitted a letter to State Board members on Monday expressing great concern about Draft 4.

Although Draft 5 removed some of the most egregious language in the proposed revisions of the Standards, five members of the State Board still voted against adoption. Those included Lt. Governor Mark Robinson, State Treasurer Dale Folwell, Todd Chasteen, Olivia Oxendine and Amy White.

Thanks to everyone who took the time to act on NC Family Action Alert and expressed your opinion to members of the State Board of Education!