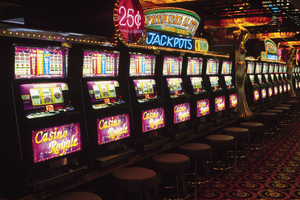 First, the House voted 361-55 to approve H.R. 1619—Catawba Indian Nation Lands Act, which would codify in federal statute the authority of the South Carolina-based Catawba Indian Nation to purchase land in Cleveland County, North Carolina for the purpose of establishing a gambling casino. If enacted, this bill would represent the first time in history that the U.S. Congress has passed a bill to create an off-reservation tribal casino, setting an incredibly dangerous precedent.

In July, 2020, the U.S. Department of the Interior took a parcel of land in Kings Mountain, NC into trust on behalf of the Catawba Tribe, and the tribe is currently operating a “temporary” video-based casino, but that action is the subject of an existing lawsuit by the Eastern Band of Cherokee Indians and could be overturned by the federal courts. If H.R. 1619 passes, however, it would essentially invalidate this litigation and legalize the “Catawba Two Kings Casino” just west of Charlotte. North Carolina’s entire congressional delegation voted in favor of this bill, except Madison Cawthorn who voted No, and Alma Adams who did not vote but is a sponsor of the bill.

The second bill with North Carolina ties is H.R. 2758—Lumbee Recognition Act. This bill passed with a vote of 357-59 and would grant full federal recognition to the Lumbee Indian Tribe located in Eastern North Carolina. Although Congress recognized the Lumbee Tribe in 1956, it withheld many of the benefits that typically come with full federal recognition. The passage of H.R. 2758 would make the Lumbee Tribe eligible for hundreds of millions of dollars in federal aid for education, health care, housing, disaster relief, and other purposes. To be clear, the NC Family Policy Council does not have issue with this.

What is of concern, however, is that full federal recognition also brings with it an inherent right by federally recognized tribes to conduct gambling operations in the states in which they are located. This means that with full federal recognition, the Lumbee Indian Tribe could establish a massive gambling casino or casinos along the I-95 corridor in Eastern North Carolina. Many previous versions of the Lumbee Recognition Act have contained a provision to expressly prohibit the Tribe from gambling should full federal recognition be granted. Unfortunately, H.R. 2758 does not contain such a provision. NC Reps. Madison Cawthorn, Virginia Foxx, and Patrick McHenry voted against the measure; while Reps. Alma Adams, Dan Bishop, Ted Budd, G.K. Butterfield, Richard Hudson, Kathy Manning, Greg Murphy, David Price, Deborah Ross, and David Rouzer voted in favor of the bill.