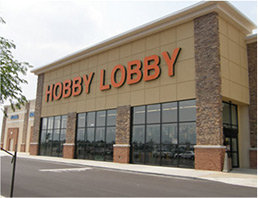 With the U.S. Supreme Court’s recent decision in the case of Burwell v. Hobby Lobby Stores, some members of the U.S. Senate attempted to bring a bill to the floor of the Senate this week for a vote that would require employers who provide health insurance to their employees to pay for coverage for contraceptives, including abortifacient drugs and devices. Fortunately this attempted end-run around Hobby Lobby fell flat.

Senate Bill 2578-Protect Women’s Health From Corporate Interference was introduced on July 9 and signed by 43 members of the U.S. Senate, including North Carolina Senator Kay Hagan (D), just a week after the U.S. Supreme Court issued its landmark Hobby Lobby decision. In that case, the High Court determined that the federal Religious Freedom Restoration Act (RFRA) protected the owners of “closely held corporations” from being forced by the Affordable Care Act, or Obamacare, to pay for contraceptives, including abortion-inducing drugs, in their employee health plans if doing so would violate their sincerely held religious beliefs. The owners of Hobby Lobby Stores, Conestoga Wood Specialties, and Mardel (a Christian bookstore chain) successfully challenged the contraception mandate in Obamacare.

According to the primary sponsor of S. 2578, Sen. Patty Murray (D-WA), the bill was an attempt to “restore the contraceptive coverage requirement guaranteed by the Affordable Care Act put in jeopardy by the recent misguided Supreme Court decision in Hobby Lobby…” In order to accomplish this end, the bill would have mandated that all employers who provide group health coverage for their employees “shall not deny coverage of a specific health care item or service with respect to such employees (or dependents) where the coverage of such item or service is required under any provision of Federal law or the regulations promulgated thereunder.”

Such a mandate flies in the face of the religious liberty rights protected by the Religious Freedom Restoration Act and upheld by the U.S. Supreme Court in its Hobby Lobby decision.

On July 16, members of the U.S. Senate, led by Sen. Murray, attempted a procedural move that would have allowed the bill to come directly to the Senate floor for a vote. Fortunately, this “cloture” motion failed by four votes. Sen. Hagan voted for cloture, while North Carolina Senator Richard Burr (R) voted against cloture. Disturbingly, according to a Baptist Press report, seven senators who originally voted for RFRA in 1993 were among the 56 senators to vote for cloture on S. 2578.

During a speech about the bill on the Senate floor on July 15, Senator Orrin Hatch, one of the lead authors of RFRA, warned that S. 2578 “would turn the clock back, requiring that federal laws and regulations ignore rather than respect religious freedom.” Sen. Hatch continued, “This is the first time in American history that Congress will consider a bill intended to diminish the protection for the religious liberty of all Americans. It is part of a broader campaign to demonize religious freedom as the enemy, as an obstacle to certain political goals.”

“While the outcome of today’s vote is a relief, it is sobering to think that more than half the members of the U.S. Senate, sworn to uphold the laws and Constitution of the United States, would vote for a bill whose purpose is to reduce the religious freedom of their fellow Americans,” U.S. Conference of Catholic Bishops Director of Government Relations Jayd Henricks said in a July 16 statement.

Alliance Defending Freedom attorney Casey Mattox noted that, “It has been 20 years-one generation- since Congress passed the Religious Freedom Restoration Act, and many of its sponsors have already turned their backs on our first freedom.” According to Mattox, while Americans should be thankful for the failure of the Senate bill, it represents “a reminder of the need to stand vigilant in defense of our God-given freedoms against those who would seek to take them away.”

While the failure of S. 2578 is good news, this effort clearly highlights the growing hostility toward religious liberty in our nation and against citizens who are determined to live out their faith in both the private and public spheres.