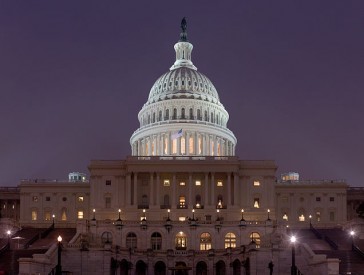 The U.S. Senate just confirmed the nomination of California Attorney General Xavier Becerra as U.S. Secretary of Health and Human Services, with a vote of 50-49 this afternoon.

Becerra’s confirmation is troubling for all life-affirming Americans, as he has consistently supported abortion and a radical sexual ideology. During his time as a member of the U.S. House of Representatives, Becerra consistently voted against life-affirming legislation—such as the Born-Alive Abortion Survivors Protection Act, Hyde Amendment protections, and stopping partial-birth abortions. While serving as California’s Attorney General, Becerra sued a California county for its policy that would not allow transgender-identifying biological males to use women’s restrooms. He also required pro-life pregnancy care centers to provide information about state-funded abortions to expecting mothers. (For more details on Becerra’s past pro-abortion and pro-LBGTQ actions, read Family Research Council President Tony Perkins’ op-ed in the Washington Times.)

Becerra’s confirmation fell along party lines, with Senator Susan Collins (R-ME) as the only Republican to vote with the majority. Senator Mazie Hirono (D-HI) was absent and did not vote.