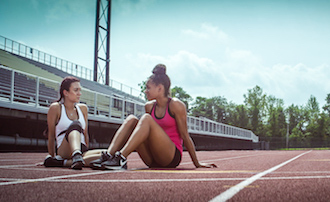 In a win for the rights of women and girls in sports, the U.S. Department of Education’s Office of Civil Rights (OCR) has ruled that a Connecticut high school policy allowing biological males to compete in female sports violates Title IX and must be changed. This ruling comes after nearly a year of investigation into the Connecticut Interscholastic Athletic Conference (CIAC) policy that has resulted in biological males capturing seventeen women’s track records in the state over the course of three seasons.

In June 2019, three female track athletes from Connecticut submitted a complaint to the OCR with the help of our friends at Alliance Defending Freedom (ADF). After waiting several months for the OCR’s ruling, the three athletes and their mothers went one step further and filed a federal lawsuit against the CIAC this past February. Both the complaint and suit argued that the CIAC policy violated the federal Title IX law, which “was designed to ensure that women and girls have equal opportunities in education and athletics,” says Denise Harle, legal counsel for ADF.

Harle discussed this specific case on an episode of NC Family’s Family Policy Matters radio show and podcast last August. “Girls are entitled to their own level playing field, which is all we’re asking for,” continues Harle. Not only are males stronger than females, with greater bone density and muscle size, but the CIAC policy did not even require the males identifying as females to take hormones to limit their testosterone levels. A biological male could decide to identify as female, and that was all he needed to compete on a female sports team. This led to two biological males winning fifteen women’s state track championships since 2017. As Christina Holcomb, ADF legal counsel, added in ADF’s press release about the OCR’s ruling, “Girls shouldn’t be reduced to spectators in their own sports.”

Thankfully, the OCR agrees, and in its letter of impending enforcement action, stated that the participation of biological males in female sports “resulted in lost benefits and opportunities for female student-athletes.” The CIAC and six involved Connecticut public schools have been given until June 4 to change their policies to be in compliance with Title IX. If they fail to do so, the OCR will “either initiate administrative proceedings to suspend, terminate, or refuse to grant or continue and defer financial assistance” to the CIAC and schools or “refer the cases to the U.S. Department of Justice for judicial proceedings to enforce any rights of the United States under its laws.”

This decision marks a major victory for the rights of women and girls in sports. As we have seen more and more female sports being invaded by biological males, and more policies supporting this invasion, “It feels like we are finally headed in the right direction,” says Connecticut athlete Chelsea Mitchell. “It is liberating to know that my voice, my story, my loss, has been heard; that those championships I lost mean something. Finally, the government has recognized that women deserve the right to compete for victory, and nothing less.”

NC Family will continue to update you as this story develops.